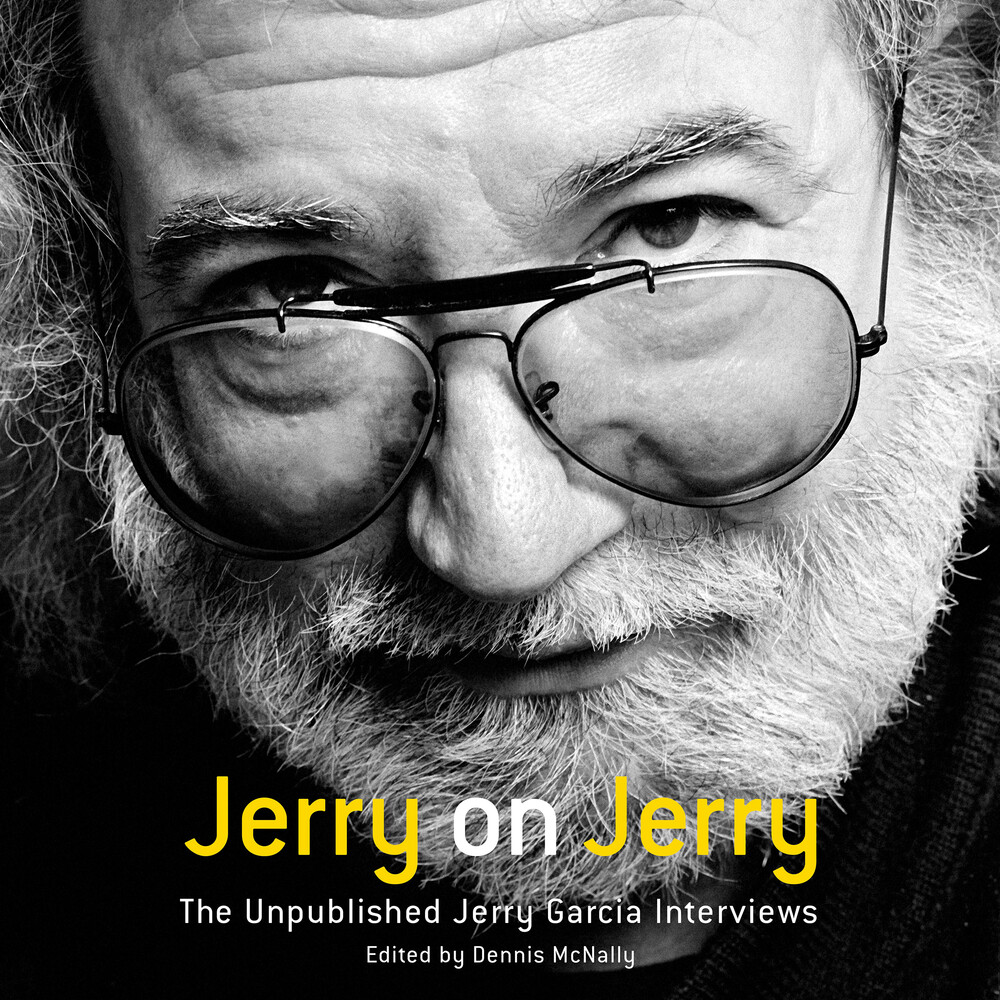 Listen in on hours of revelatory conversations with Jerry Garcia, one of the most beloved and missed figures in the world of music, with JERRY ON JERRY. More than twenty years after his death, at too young an age, Jerry remains a cultural icon whose influence and legacy endure. Now, these never-before-heard interviews reveal a candid and poignant side of Jerry, as he speaks openly on everything from religion and politics to his personal life and his creative process. Carefully selected by former Grateful Dead publicist and the band's authorized biographer, Dennis McNally, and curated with the cooperation of the Jerry Garcia Family, JERRY ON JERRY marks the first time these insightful and intimate archival recordings have ever been made available to the public. Here, Garcia talks about what it was like growing up in the San Francisco Bay Area, his obsession with his first guitar, and his first encounters with early R&B, which had a profound and lasting impact on his music. After discussing his brief, but eye-opening stint in the army, Jerry offers up stories of his time spent as a student of the Beats, and his personal and reverent memories of Neal Cassady. He ponders what he sees as the complicated nature of LSD and the oppressiveness of government. He goes on to remember in detail the early days of the Dead, from their first gigs as the Warlocks and their days at 710 Ashbury Street, to the Monterey Pop Festival in 1967 and performing on the road with Jefferson Airplane. Throughout he breaks to opine on movies (one of his favorite subjects), to open up about his songwriting process and his prolific collaboration with Robert Hunter, and his admiration for a broad range of musicians from the Rolling Stones and Bob Dylan to Scotty Stoneman and Bill Keith. JERRY ON JERRY is one of the most revealing and unguarded portraits of the adored front man of the Grateful Dead and a true, long-awaited gift to his fans. -Limited edition pressing, first time on vinyl. -Remastered audio for this limited pressing. -Vinyl contains two memorable segments, Jerry on Music and Jerry on Politics, plus a download code for an additional two hours of interview audio.