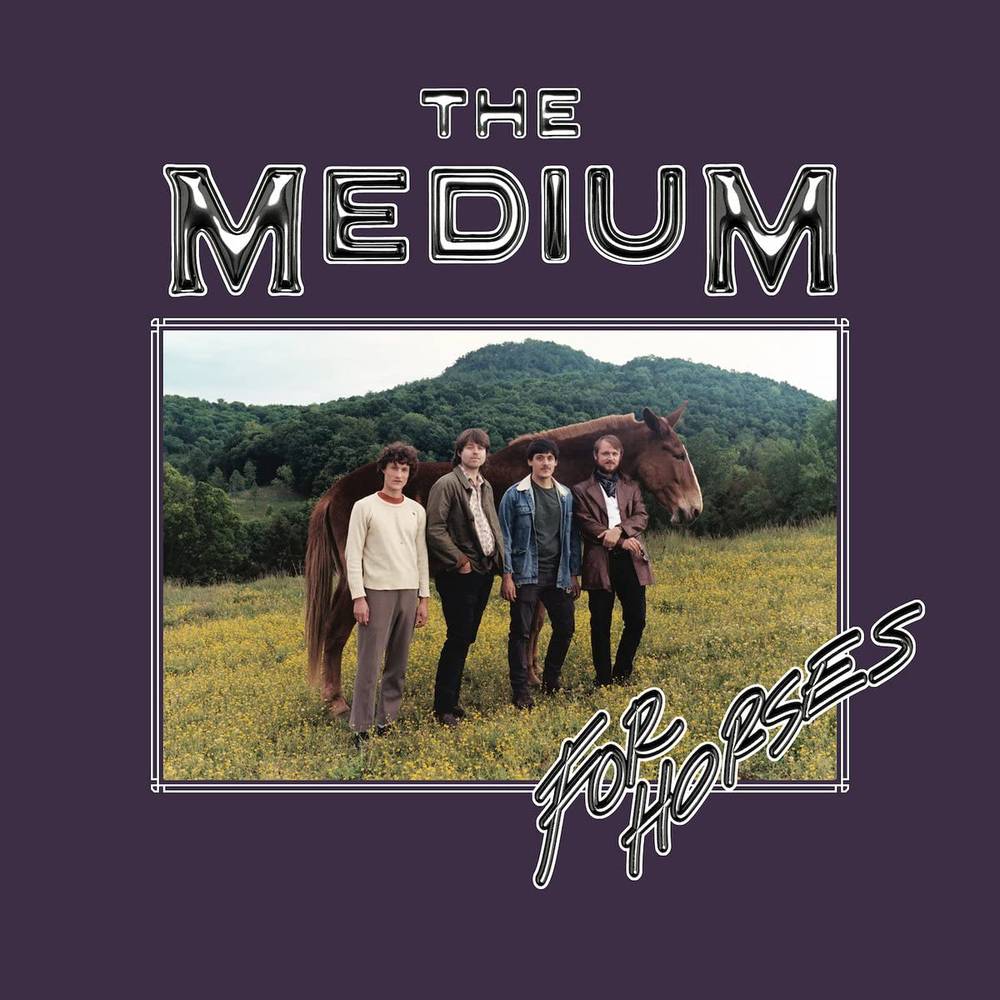 Bandcamp called The Medium's debut album, Get It While It's Hot, "woozy psych pop" and Aquarium Drunkard called it, "Oddball baroque psychedelia." High praise that the band leaned in to full force with their sophomore effort, For Horses. The debut single, "Still the Best," was called "the perfect mix of vintage and modern sounds‚" by one of Nashville's premiere radio stations, Lightning 100. Like many bands prior to 2020, The Medium were setup to transcend to the next level of their career after the critical success of their debut album. The pandemic paused many of their touring plans at the time but they pushed forward with new studio singles, a quarantined livestream from the infamous 5 Spot and, of course, putting all the bells and whistles into their new album. As luck would have it, the band also landed a couple of notable sync placements including the mid-season finale of Shameless as well as an episode of Walker on CW. For Horses is ostensibly a record about leaving home. The Medium once all lived together in the same house, sort of like The Monkees. Embarking out on their own inspired them write songs of nostalgia, songs of optimism and songs about horses in space. With the imminent thread of touring cleared, the band has already been invited to play Musician's Corner, a free concert series in Nashville where they wow'ed the audience with their three-part harmonies and instantly recognizable hooks. More touring is slated for this fall including dates throughout the Southeast, Midwest, and East Coast which will be preceded by a full college and specialty radio campaign. For Horses is twelve new tracks from a band that has shown a relentless knack for combining the best of the 60s and 70s with elements from a spectrum of modern rock.