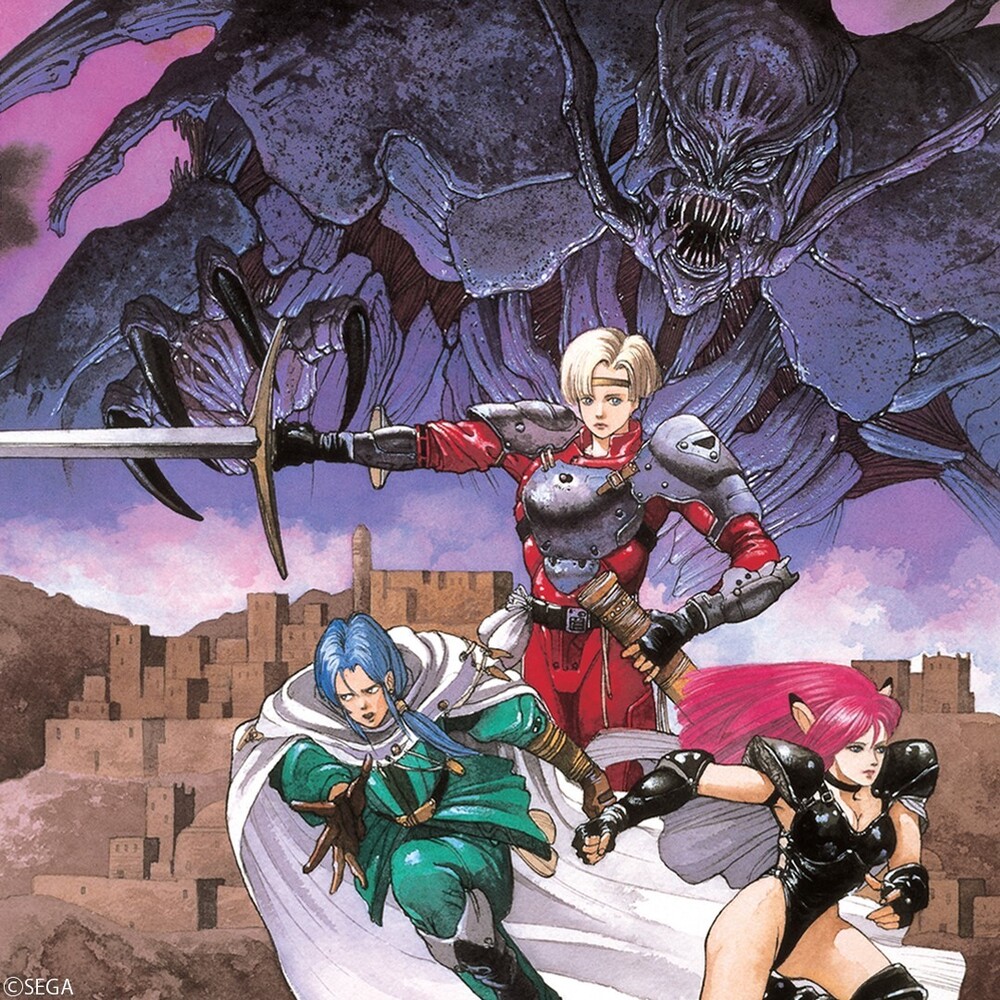 Slamming into the Japanese console market in late 1993, and reaching international shores in 1995, Phantasy Star IV: The End Of The Millennium quickly became a staple on the Sega Genesis / Mega Drive for RPG lovers, even with those not familiar with the franchise at the time. Set 1000 years after Phantasy Star II and 1000 years before Phantasy Star III, the fourth entry in the series maintains the quality game-playing mechanics and graphics that one had come to expect from the franchise, this time adding unique combination attack techniques (which the players had to work out for themselves) and gorgeous Manga-style illustrations.Considered by many to be one of the greatest RPG games in existence, Phantasy Star IV has continued to entrance players for three decades, with many citing the memorable soundtrack as being the reason The End Of The Millennium is now firmly entrenched in the joy centres of their brain. Driving the action forward, composers Izuho Numata and Masaki Nakagaki layer the soundtrack with an almost playful exuberance, every track retaining it's own identity throughout it's running time. Complex melodies and infectious basslines permeate the soundscape creating a remarkably enjoyable experience even for those who haven't played the game; it's a score that won't leave your head - or your record player - for days and as such is a must for VGM enthusiasts, particularly of the 16-bit era!Now pressed on vinyl for the first time, Phantasy Star IV: The End Of The Millennium - Original Video Game Soundtrack is presented as a double LP, featuring an 8 page booklet with new liner notes from Retronauts' Jeremy Parish and rare original artwork from deep inside the Sega archives!