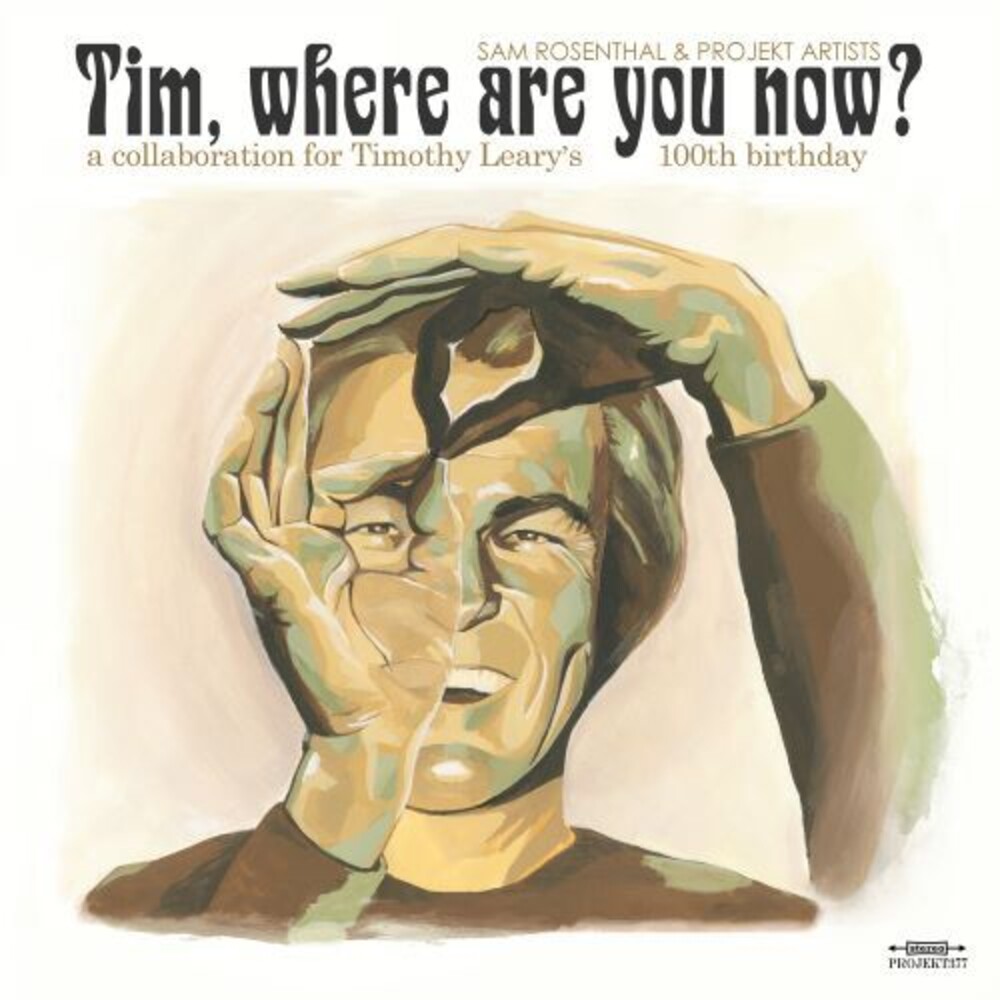 It's the centennial of Timothy Leary's birth; to commemorate, Projekt Records founder Sam Rosenthal recorded Tim, where are you now? an electronic space music/art rock collaboration. The album celebrates a pioneer of consciousness expansion using his own words accompanied by international artists exploring those same realms via their music.Rosenthal collaborated with Projekt space music artists Steve Roach, Erik Wollo, Mark Seelig, Forrest Fang, and others, and recorded Timothy Leary trip narrations from Alex Cox (director of Repo Man and Sid & Nancy), Reggie Watts (bandleader on CBS' The Late Late Show with James Corden), Lee Ranaldo (of Sonic Youth) and others.With the permission and encouragement of Timothy Leary's son Zach and the Leary estate, the album's 13 tracks contain 4 spoken word "trips" with text excerpted and cut-up from Tim's first LSD and DMT experiences chronicled in his 1968 book High Priest.As founder of 37-year-old Portland-based Projekt Records, Rosenthal helms the label as well as his band Black Tape For A Blue Girl (with 12 albums in the gothic, ambient & art rock genres). Synthesist, songwriter, lyricist and main collaborator, he's released 8 albums of his music in the last half-decade. For Tim, where are you now? Rosenthal collected musical textures & sources from Projekt label electronic artists, sonically painting with their colors and his ethereal electronics to create the concept album he envisioned."Tim was a chieftain. He stomped on the terra, and he left his elegant hoof prints on all our lives." - Hunter S. Thompson