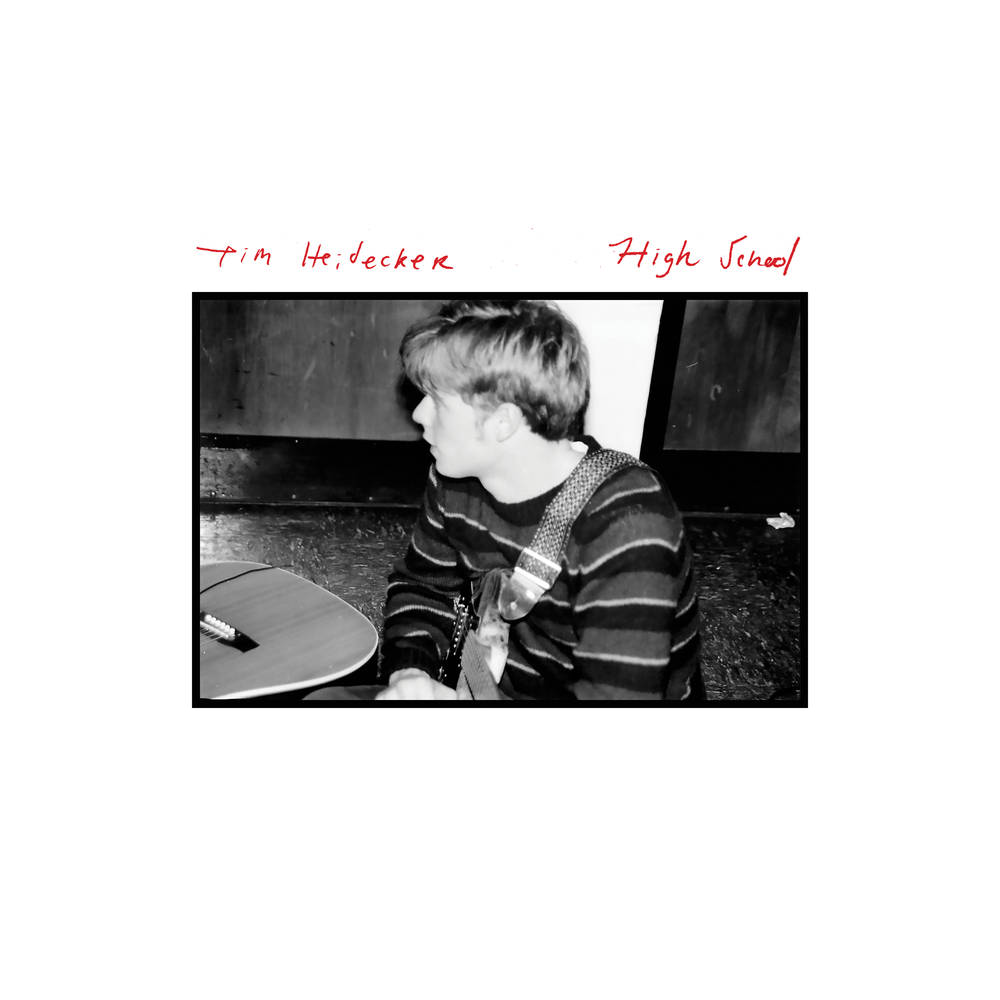 For much of the last decade, Tim Heidecker has chronicled the annals of adulthood on a series of supreme singer-songwriter albums, his emotional perspicacity rivaled only by a preternatural melodic ease. The crushing devastation of divorce and the existential malaise of middle-age. The minutiae of home ownership and the ritual of family vacation. Child rearing and global warming: Heidecker has handled it all with humor and heart on three winning albums since 2016. His 2020 collaboration with Weyes Blood’s Natalie Mering and her California cohort, Fear of Death, was one of that endlessly weird year’s most welcome surprises, its unflinching reflections on the end as disarming as they were direct. But in every facet of Heidecker’s far-reaching career, there’s one pivotal lodestar of human development he has yet to mine — that’s right, High School.

Heidecker didn’t actually know he was writing about that epoch of pimples and puberty until well after he recorded the first four songs of what is now High School with longtime collaborator Jonathan Rado. “Buddy,” for instance, was just a bittersweet ode to an old friend who never had much of a chance. When Rado got busy with other projects, Heidecker got restless and started recording the tunes again with producer Drew Erickson, who had also worked on Fear of Death, and his pal Mac DeMarco. They cavorted like kids inside DeMarco’s home studio, adding drum machines and synths and sidewinding solos to Heidecker’s big strummed chords. Fruit Bats’ mastermind Eric D. Johnson soon helped Heidecker finesse the tunes even more, making the music as rich as the feelings.

Through all those sessions, it slowly became clear: Heidecker was writing not only about the adventures and misadventures of life as a Pennsylvania teen in the early ’90s but also how it felt to lose a juvenile sense of mystery and possibility as an adult. He was writing about high school — and, really, the way it helped shape everything else.