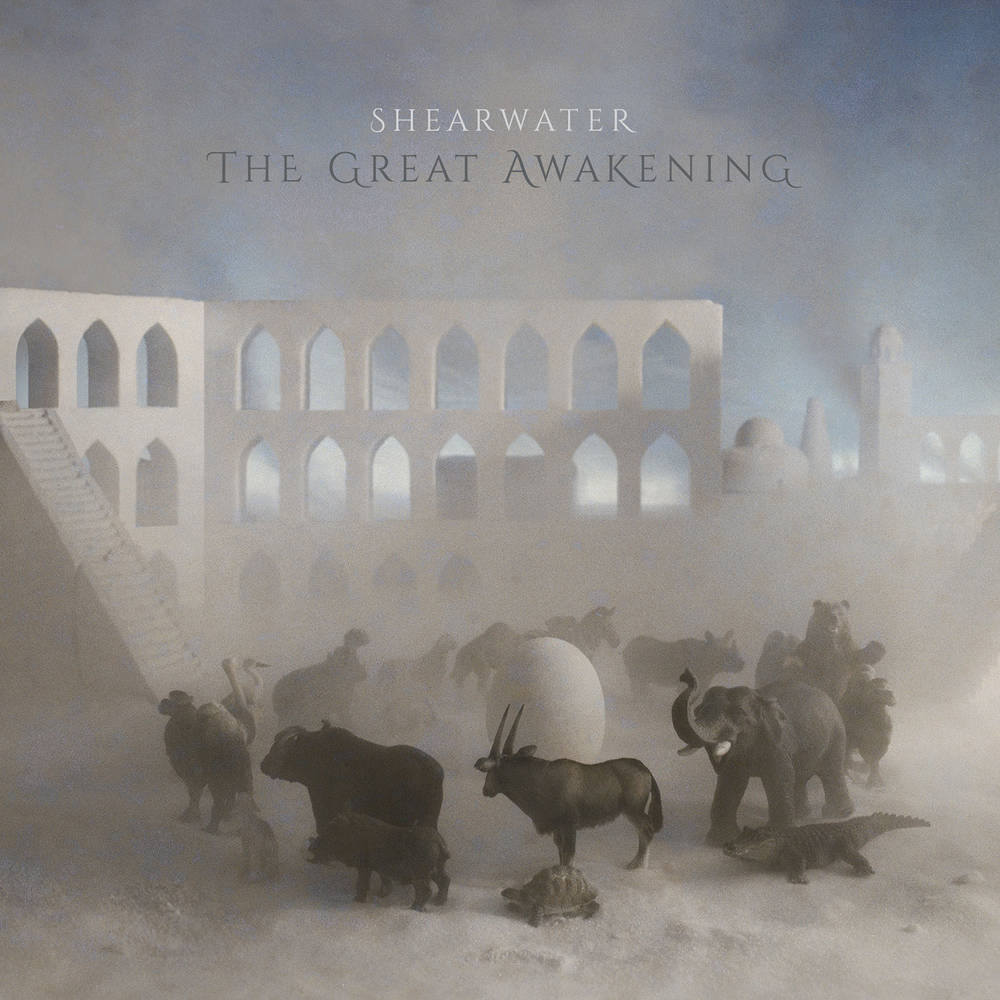 Shearwater’s seventh studio album, produced by the band and Dan Duszynski (Loma), shows us where its wandering frontman has been. While the thundering songs of the band’s 2016 LP Jet Plane and Oxbow(Sub Pop) were filled with fears for what the United States was becoming under the previous presidential administration, Meiburg resolved to find a new approach for The Great Awakening. “I felt hopeless,” he admits. “And I didn’t want to make hopeless music.“

The resultant 11-track album—anchored by Meiburg’s closely-recorded voice, more otherworldly and urgent than ever—is one that Shearwater’s been striving toward for years: a journey into the unknown, embracing sorrow and joy, beauty and terror.

The Great Awakening is a soulful and immersive travelogue of grand atmospheres and intimate landscapes, decorated with field recordings from Meiburg’s journey while writing his critically acclaimed debut book, A Most Remarkable Creature: The Hidden Life and Epic Journey of the World's Smartest Birds of Prey, released in March 2021 by Knopf.