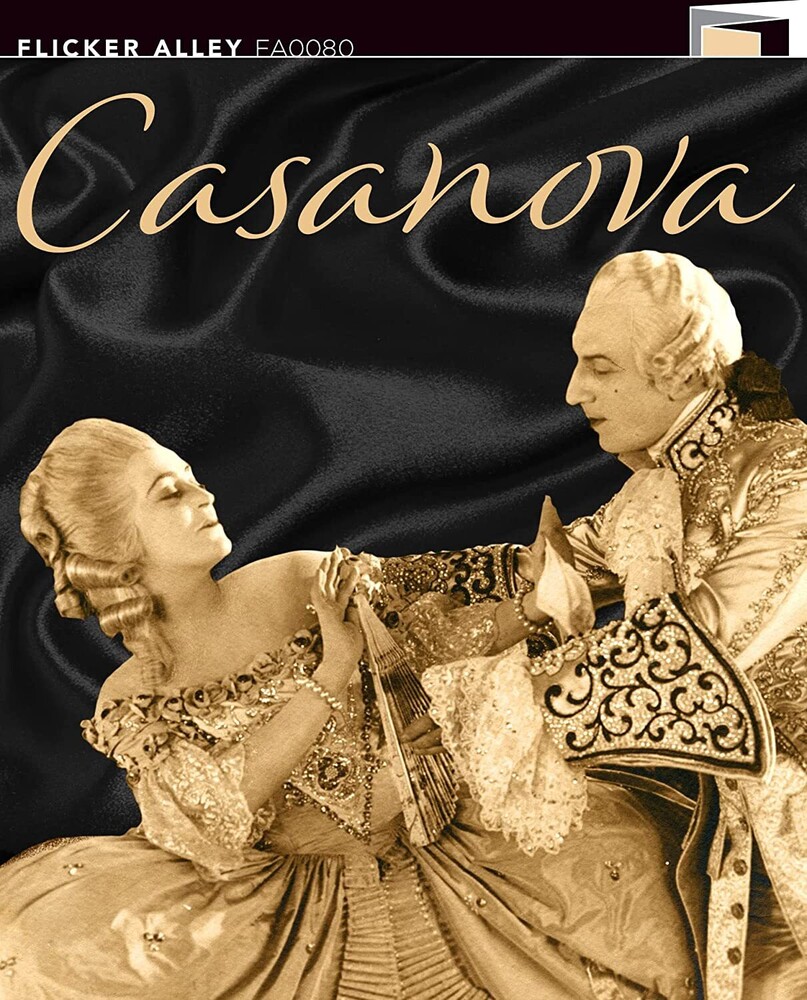 The iconic French historical drama, Casanova, directed by Alexandre Volkoff and set in 1760s Venice, stars renowned silent film actor Ivan Mosjoukine as the famous philanderer Giacomo Casanova in a flamboyant spectacle of romance, comedy, and intrigue. Flicker Alley, in partnership with the Blackhawk Films Collection, Lobster Films and the Giornate del Cinema Muto (Pordenone, Italy) is honored to present this newly restored edition of the film, thanks to the tremendous efforts of La Cinémathèque française, in a deluxe 2-disc Blu-ray/DVD edition, complete with a brand-new orchestral score composed by Günter A. Buchwald and performed by the San Marco Orchestra.Shot on location in the Austrian Alps and in Venice, Casanova portrays it's dashing central player as living a sumptuous and flirtatious lifestyle, showing blithe disregard for the consequences that may ensue.Casanova's risky adventures eventually complicate his way of life and he must flee Venice with vengeful husbands and law enforcement in pursuit. While on the run, however, his continued precarious behavior alerts his rivals and forces him into a life-or-death scenario.This digitization of Casanova, undertaken by la Cinémathèque française, was completed from the safety fine grain of Renée Lichtig's restoration of the film struck from the nitrate camera negative and an original diacetate stencil-colored reel in the collections of la Cinémathèque française, Paris.