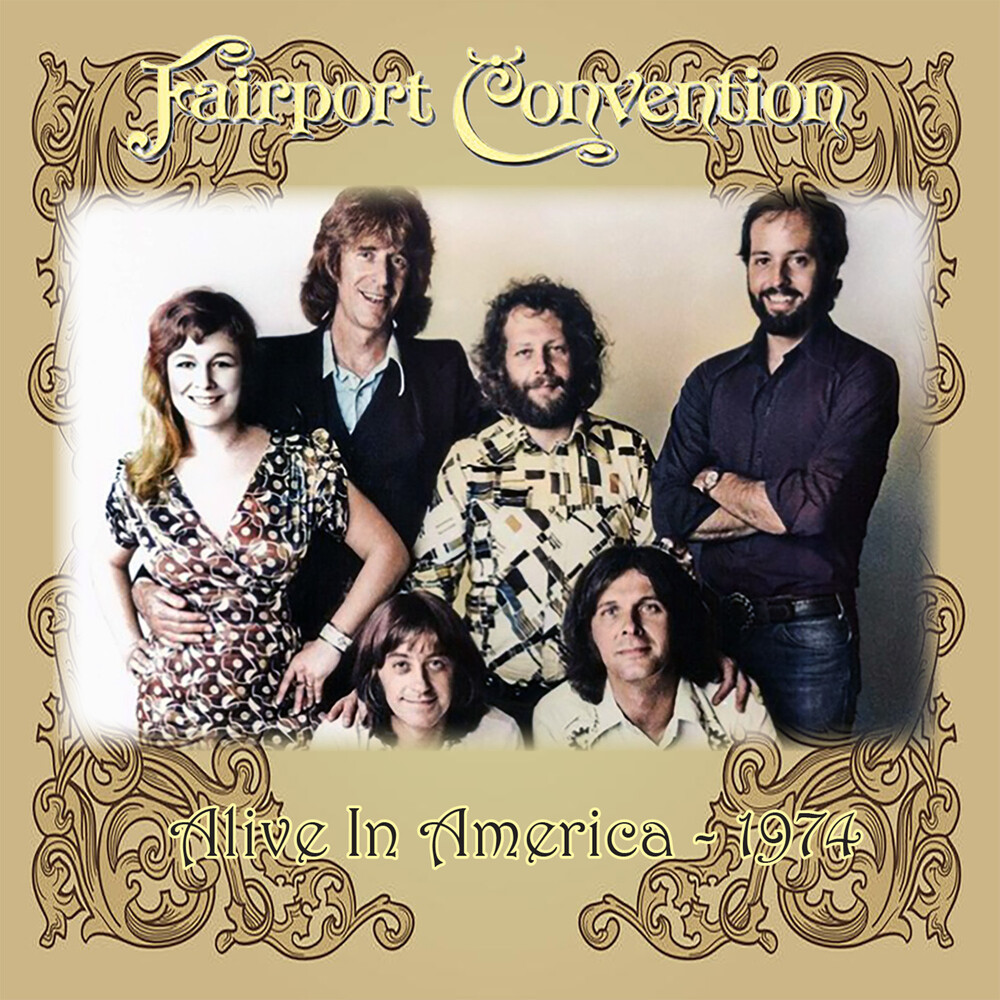 Fairport Convention are an English folk rock band, formed in 1967 by guitarists Richard Thompson and Simon Nicol, bassist Ashley Hutchings and drummer Shaun Frater (with Frater replaced by Martin Lamble after their first gig.) Vocalists Judy Dyble and Iain Matthews joined them before the recording of their self-titled debut in 1968; afterwards, Dyble was replaced by Sandy Denny, with Matthews later leaving during the recording of their third album. Denny began steering the group towards traditional British music for their next two albums, What We Did on Our Holidays and Unhalfbricking (both 1969); the latter featured fiddler Dave Swarbrick. For Liege & Lief Swarbrick joined full time alongside drummer Dave Mattacks. Both Denny and Hutchings left before the year's end; the latter replaced by Dave Pegg, who has remained the group's sole consistent member to this day. This album is from their 1974 tour of the USA recorded live in Denver.