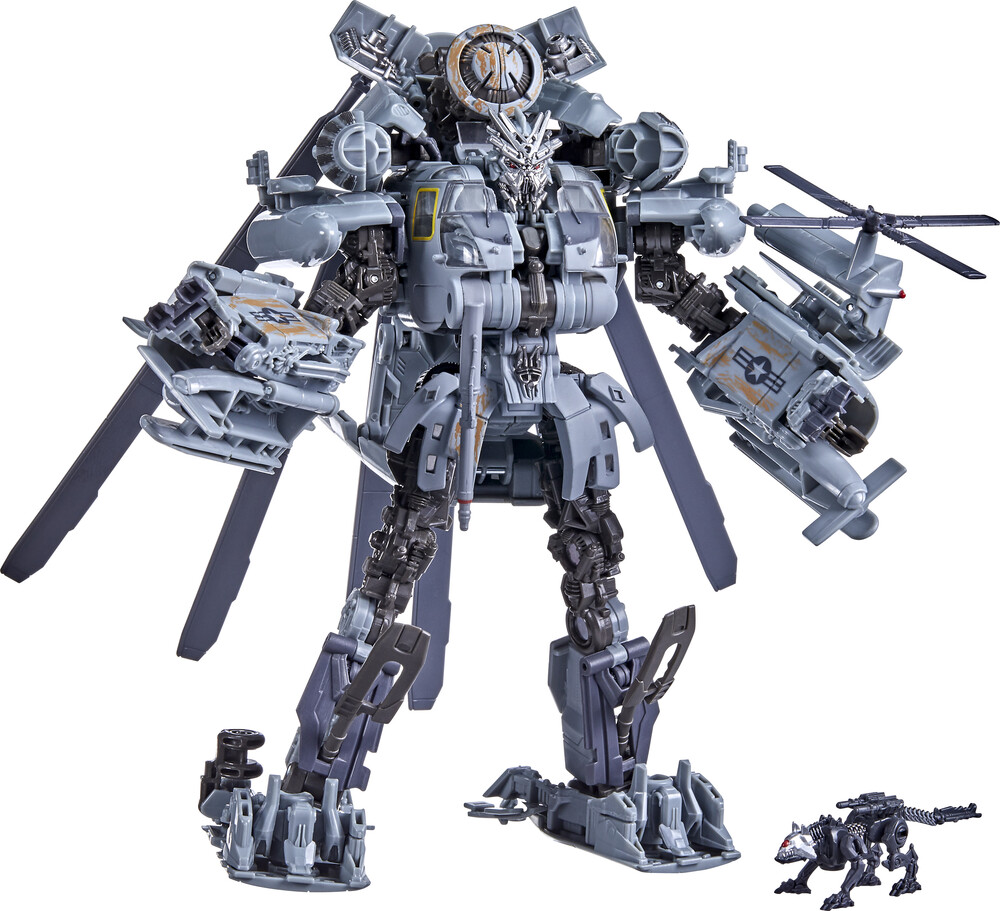 This Studio Series 73 Leader Class Transformers: Revenge of the Fallen-inspired Grindor figure converts from robot to Sikorsky helicopter mode in 46 steps. In the Forest Fight scene, fighting Optimus Prime proves to be a headache for Grindor as the Autobot leader tears his head in two. Includes shoulder blade accessory and non-converting Ravage. Remove backdrop to showcase Grindor in the Forest Fight scene.

BIG SCREEN INSPIRED: Figure scale reflects the character's size in the world of Transformers: Revenge of the Fallen. Figure and packaging are inspired by the iconic Forest Fight scene

2 ICONIC MODES: Figure converts between robot and Sikorsky helicopter mode in 46 steps. Perfect for fans looking for a more advanced converting figure. For kids and adults ages 8 and up