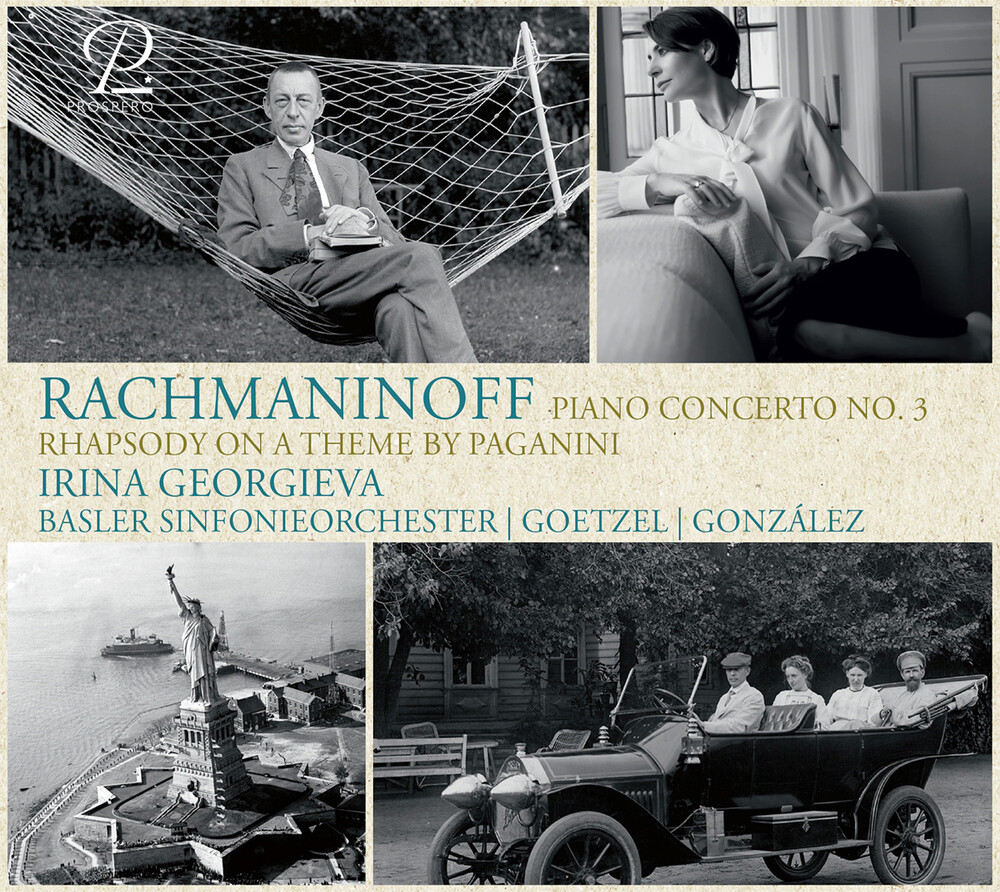 A former master student of Rudolf Buchbinder, Irina Georgieva performs regularly in Switzerland, Italy, France, England, Morocco, the Balkans, and recently in South America. Whether Stefan Lano, Michal Nesterowicz, Pablo Gonzàlez or Sascha Goetzel - the list of conductors Irina Georgieva has worked with is impressive. Just as impressive is her repertoire, which comprises classical music from the Baroque to the present. She loves the virtuoso piano music of the late 19th and 20th century, which is characterized by an expressive tonal language, special moods, and differentiated timbres. For her debut with Prospero Classical, she has chosen her favorite composer, Sergei Rachmaninoff. Together with the Basel Symphony Orchestra, she interprets two of his best-known works. The Third Piano Concerto in D minor as well as the incredibly virtuosic "Paganini Variations".