Conrad Herwig - The Latin Side of Mingus | RECORD STORE DAY 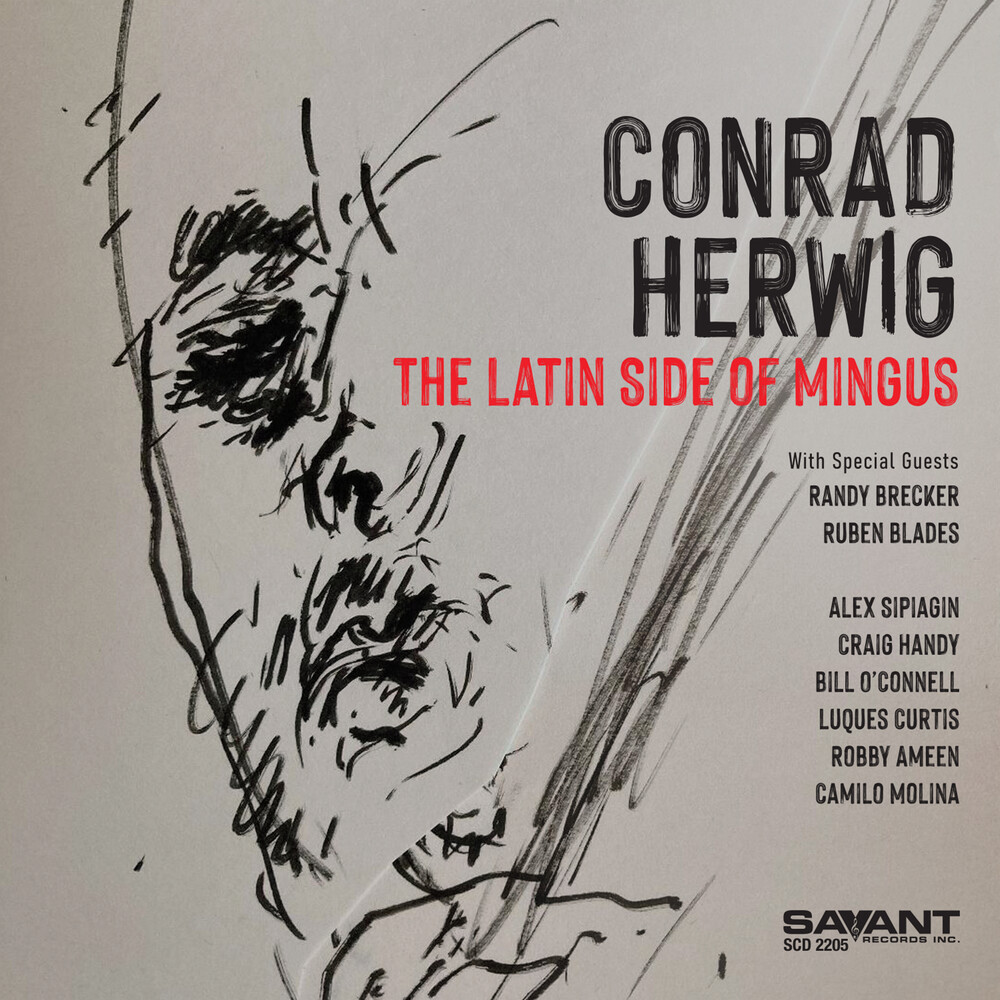 DISC: 1
1. Gunslinging Bird
2. Boogie Stop Shuffle
3. No Dejes Que Pase Aquí (Don't Let It Happen Here)
4. Goodbye Pork Pie Hat
5. Hora Decubitus
6. Duke Ellington's Sound of Love
7. All the Things You Could Be By Now If Sigmund Freud's Wife Was Your Mother
8. Better Get Hit in Your Soul

After receiving four Grammy nominations for his highly successful series of recordings that "latinize" the music of John Coltrane, Miles Davis, Joe Henderson, Wayne Shorter, Herbie Hancock and Horace Silver, Conrad Herwig turns his attention to the legendary Charles Mingus. An imposing figure in jazz, Mingus was known for being complicated, volatile and a touched-by-genius innovator. As an homage to this influential artist, Conrad Herwig provides a fiery excursion into the world of Afro-Caribbean rhythms skillfully applied to Mingus' wildly imaginative compositions. Joining Herwig is special guest trumpeter Randy Brecker together with long-time "Latin Side" band colleagues pianist Bill O'Connell, reedman Craig Handy and the trumpet/flugelhorn of Alex Sipiagin with the rhythm section of Luques Curtis, Robby Ameen and Camilo Molina. Collectively they bring a vibrant spirit and authority to this repertoire which is unique among today's salsa ensembles. Featured tunes run the gamut from the thoughtful and intimate "Duke Ellington's Sound of Love" to the unbridled joy of "Boogie Stop Shuffle" with the somewhat lop-sided introduction to the opening track, "Gunslinging Bird," being the perfect harbinger of things to come. This latest installment in Conrad Herwig's "Latin Side" series pays tribute to the work of Charles Mingus with progressive arrangements, propulsive rhythms, exciting solos and the consummate musicianship of the leader and his bandmates.