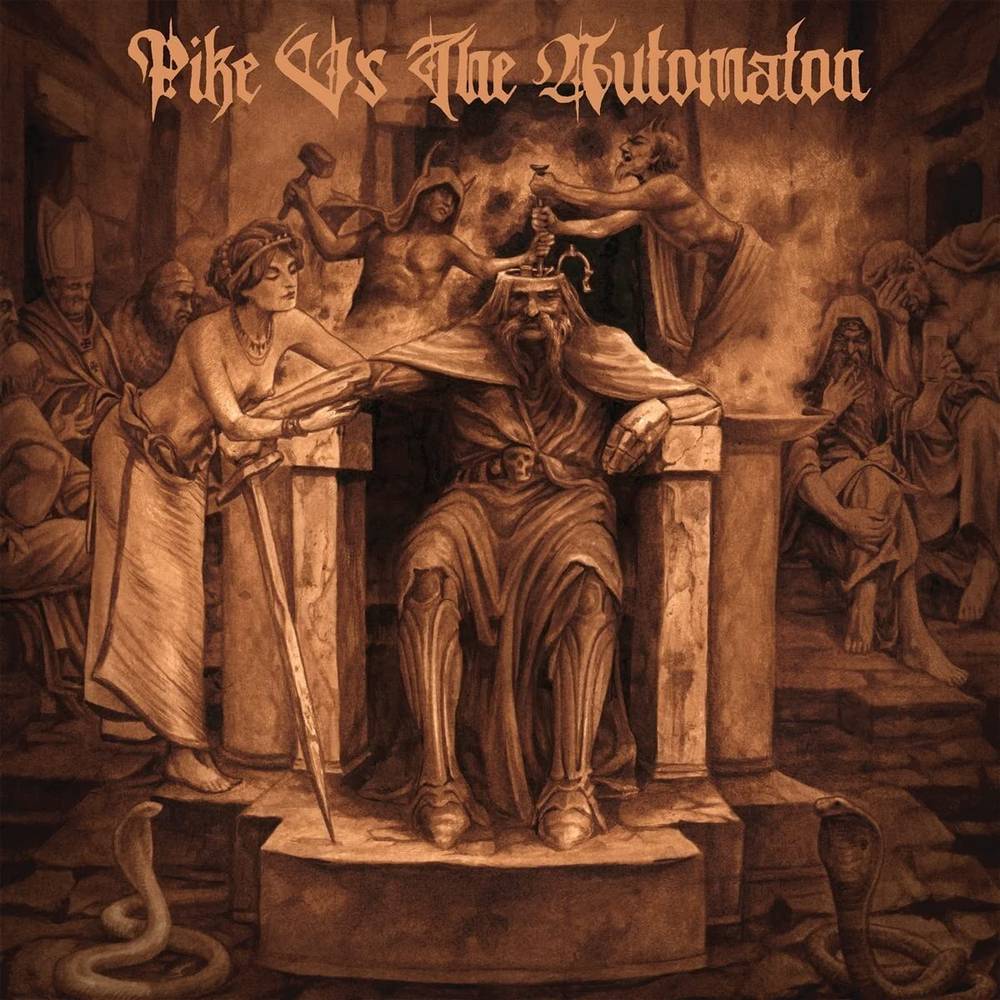 2022 release. Matt Pike: "The album title, Pike vs. The Automaton, wasn't an ego thing for me. Billy and Jon said, "Dude, you should use your name in this. This is your solo project." I said, "I don't want to do that". The Automaton, in Greek mythology, is the big robot that's the guardian of the Gods, basically. It's a soulless, big machine named Talos. The big machine that's working against mankind at this moment. In Jason and the Argonauts, Jason and the Argonauts have to battle this big machine guy that protects the island. Basically, what the album title is saying, metaphorically, is 'Pike against the World.'" "I made a psychedelic rock record that Sleep and High on Fire fans would like," Pike says when asked for a Cliffs Notes description of Pike vs. The Automaton. And maybe if you're not a Sleep or High on Fire fan, you might like it too. I definitely think it's interesting; it has D-Beat punk, two-step. It's got everything and it still works together, it doesn't sound odd. It's just an off-the-wall psychedelic rock record."