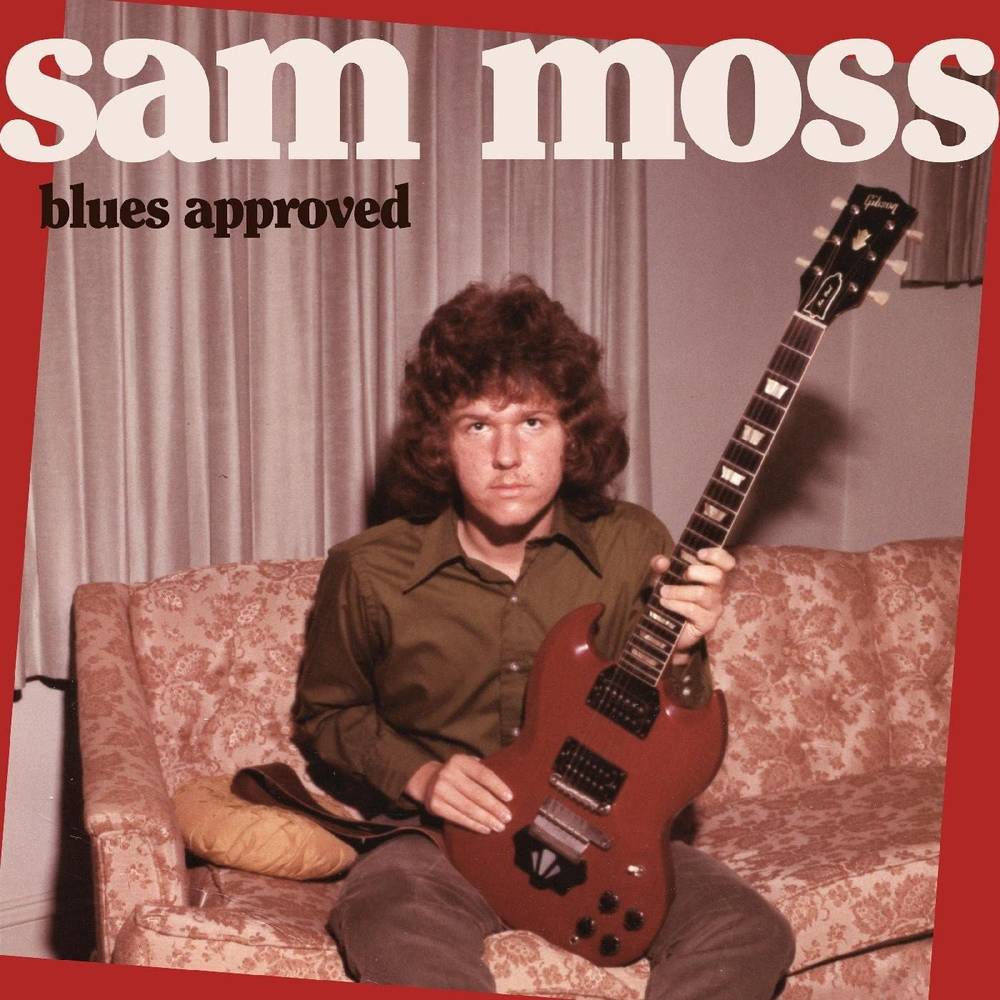 In Winston-Salem, N.C., guitarist Sam Moss is a legend. A superior, highly versatile musician whose advocacy for the blues and mastery of the nuances of electric blues-based soloing somewhat paralleled Mike Bloomfield’s in Chicago, Moss was an inspiring, charismatic mentor to generations of North Carolina rockers, including Let’s Active and The dB’s. He was a larger-than-life character whose club appearances astounded local audiences, yet he never released a record in his lifetime. So, producer Chris Stamey was thrilled to discover, in 2020, on the end of an old tape, forgotten masters of Blues Approved, a spectacular Stax- and Muscle Shoalsinfluenced solo record, made with Mitch Easter in 1977. This “great lost” record reveals that Moss was also a soulful songwriter and singer. It has now been carefully remixed and produced for release, with a deluxe booklet featuring detailed liner notes and bio, session notes by Easter, and lots of vivid color photos. Peter Holsapple (The dB’s) says, “Sam Moss was an inspiration to so many of us; with the release of Blues Approved, people everywhere will understand why.”Blues Approved will be released on CD and digitally by Schoolkids Records on January 28, 2022, with a vinyl edition to follow in the summer.

Mitch Easter of Let’s Active recalls: “Sam wrote interesting songs that almost always had a blues angle, but he brought in a lot of elements from elsewhere.” But the material then sat on the shelf, unreleased, as Moss opened a vintage guitar store, selling internationally to rock stars and other celebrities for several decades.

On July 30, 2021, the City of Winston-Salem honored Moss with a sidewalk star in the city’s Walk of Fame downtown.