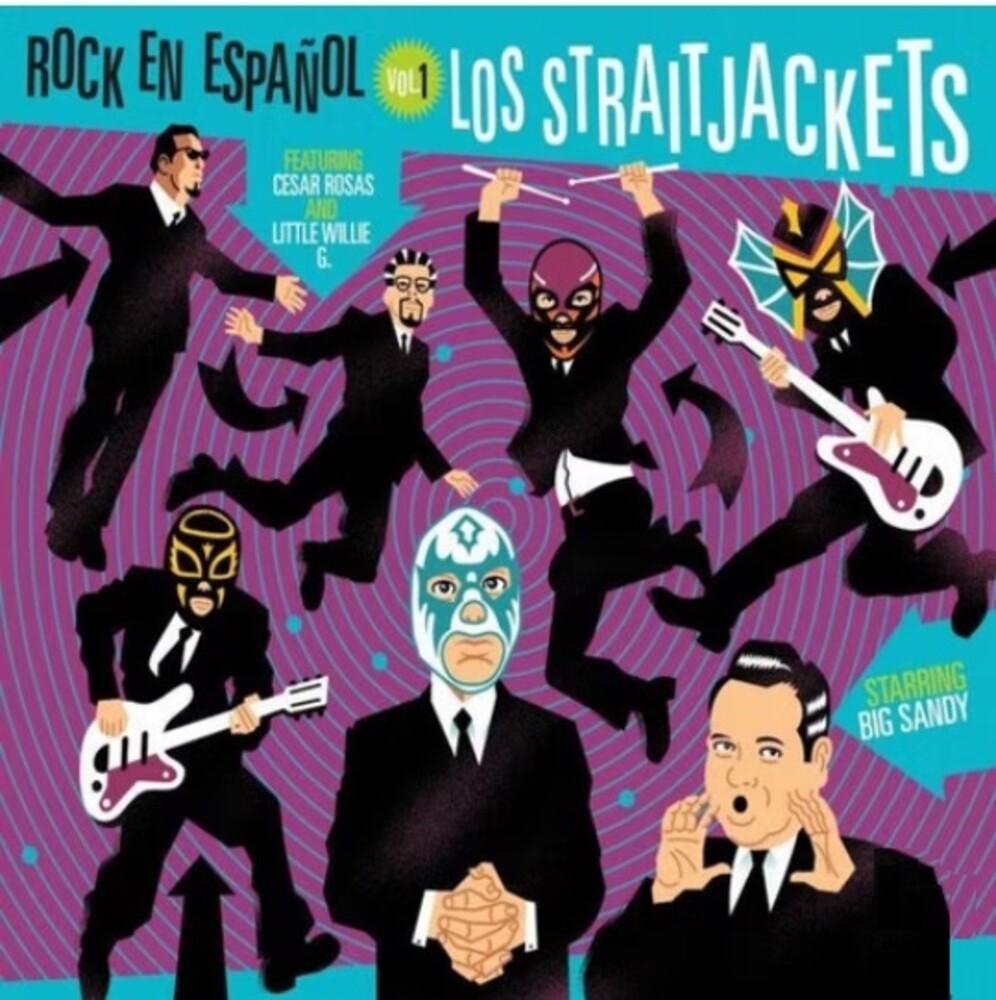 Limited purple colored vinyl LP pressing. Nashville-based instrumental rock combo Los StraitJackets have been proving for years that rock & roll is a truly universal language by doing away with vocals, but for this album the masked guitar manglers have decided to focus on a more specific tongue - namely Spanish. For Rock en Español, Vol. 1, Los StraitJackets have recruited three talented friends to perform a set of rock & roll classics in Spanish - Cesar Rosas of Los Lobos, Big Sandy of retro-country kings Big Sandy & His Fly-Rite Boys, and Little Willie G., lead singer with legendary East L.A. soul-rockers Thee Midnighters. While most folks will be familiar with these tunes in their English-language originals, many of the versions that appear on this album were taken from Spanish rewrites recorded in the '60s by Mexican teen groups such as Los Teen Tops, Los Locos del Ritmo and Los Rebeldes del Rock. This 15th anniversary edition LP is the first ever reissue of Los StraitJackets' 2007 classic album and is pressed on purple vinyl. This marks the first time the album is available on color vinyl and is limited to 1,000 copies worldwide.