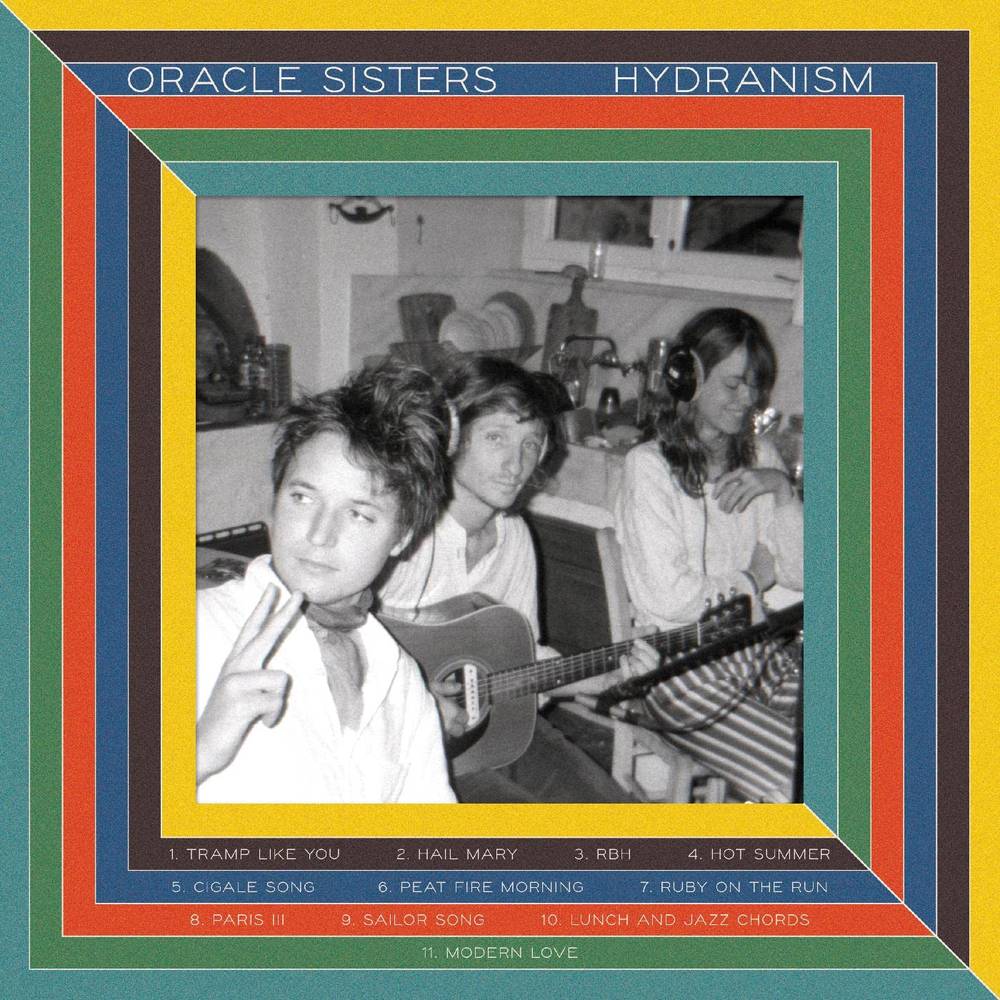 In 2020, during the pandemic and second lockdown, the opportunity arose for Oracle Sisters to record their debut album on the island of Hydra. Tourist free, locked down with only fishing boats in the harbour and locals as the backdrop, it proved to be the perfect peaceful place to work.In a studio-converted Old Carpet Factory, 35 songs were written and 20 were recorded, with 11 making the final track listing. The songs reflect the feeling of being suspended in time, locked down in a safe place but aware of the fragility of the moment. ""Hydranism"" acknowledges the spirit of hedonistic escape inherent on the island while giving a nod to the sage atmosphere it provided to lose oneself in reveries and create unencumbered.The recordings are built on a skeleton of live takes with vocals and acoustic guitars recorded in the kitchen, the drums (Cyprien Jacquet a.k.a WendĄ Kîll) and bass (Jerome Goldet) in the old furnace room, while the vocals done in the ballroom and the handclaps the shower. The album took on the shape of the Old Carpet Factory, suspended on a steep incline overlooking the Hydra harbour and the distant hills of the Peloponnese. Layering upright and baby grand pianos, with the help of touring band member Reni Lane, they embraced the lofty resonance inherent in the hammered harp; harmonies followed while a sauce simmered on the stove. In style and tradition, the meat and bones of the sound embraces the style of larger than life ballads, intimate folk songs and table thumping rousers, from there to glam rock to the toy sounds you might hear in the neon gaming district of Shibuya, Tokyo. All these sounds reflect the life and travels of the band and their openness to use whatever they encounter on their path.