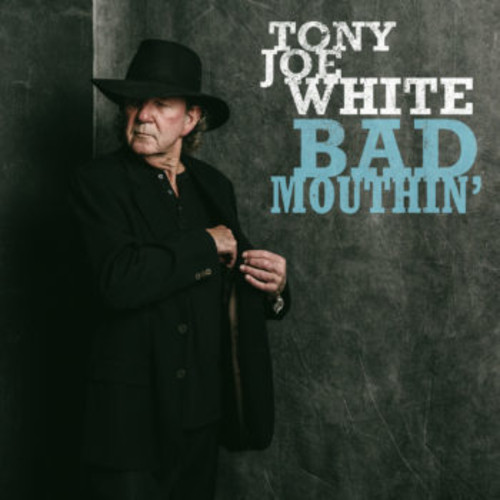 Bad Mouthin' marks a notable shift in Tony Joe White's musical progression. Known widely as a swamp rock legend, Tony Joe breaks the mold on his newest record, and will release a blues album in the fall of 2018. The record features classic blues covers from the likes of Lightnin' Hopkins, Muddy Waters, John Lee Hooker, and more, along with tracks self-written, but never before released. Tony Joe's delicate guitar work and patient approach to recording, combined with his lifelong admiration for legendary blues musicians and songwriters, make this release a poignant moment in Tony Joe's history, and hints at the creative avenues he has yet to explore. Bad Mouthin' was recorded at Tony Joe White's home studio in Leiper's Fork, TN during the spring of 2017, and was produced by his son and manager, Jody White. This is Tony Joe White's third Yep Roc release.