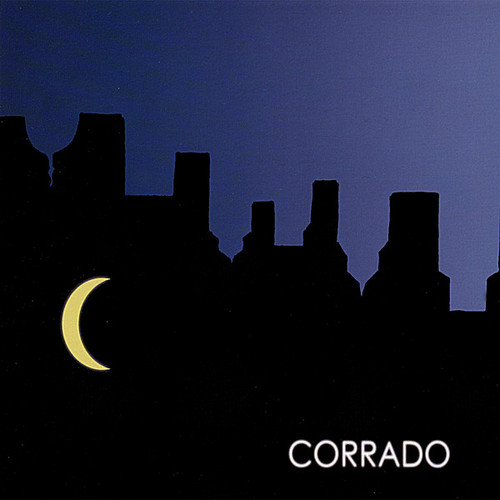 Twin brothers John and Tony Corrado make up the rhythm section, bass and drums respectively. Their cousin, Steve Corrado, plays guitar and shares the same internal tic-toc as the brothers. Childhood friend Mike Flanigan's unique, self-taught lead guitar meshes serendipitously with the rest as though he were an adorable inbred brother. Steve, John, and Mike each sing, providing three distinct vocal textures. Song writing and execution are Corrado's passion. The four members of Corrado grew up in Cape May, NJ. As children they learned how to walk in a pack. Music was always around. Steve used his physical altitude to play basketball at Ursinus College. John failed two semesters at Rutgers while rehashing his passion for music that he nurtured so lovingly at the performing arts high school he attended with his brother, Tony. Tony aimed his sights at the film industry, but had been playing drums since age 11. Mike originally focused on industrial arts, remaining friends with all three Corrado's. With school behind them, music drew the foursome back together. They now live in Philadelphia, where they have been writing and performing music for the past four years.