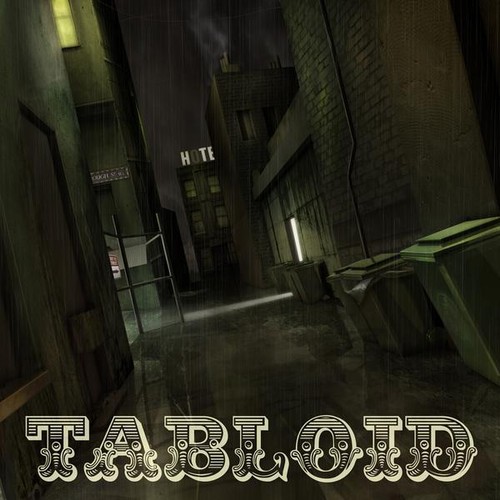 Glam-Rock-Cabaret band Tabloid are finally releasing their self-titled debut album after two years of playing both electric and acoustic gigs in venues across London. Tabloid offer an extraordinary musical experience packed with emotion, drama and powerful vocals, telling tales of a cold big city much like London. With a dark twist and loads of passion, Tabloid's music nods towards the likes of Queen, David Bowie, Danny Elfman and Dresden Dolls. Tabloid are singer/songwriter/guitarist Izzy Gaon, producer/bassist/songwriter Mr. Snail, pianist Sonia Gurdjieff and drummer/percussionist Zillo Benetti THE SONGS ON THE ALBUM: SHHH... a beautiful Sonia piano intro instrumental, decorated by random Izzy la la la's. The show is about to begin... APPETITE skinny were the indie girls, drunk were the regulars. A dark night out with a powerful ending. TAKE A SEAT piano based music hall number with playful circus ingredients. THE JUNKIE VIOLIN PLAYER indie rock meets spaggettie westerns soundtracks and gypsy music on top. Bon apetite! SOME HELP hey, are you having fun? what if we actually said what we were thinking. MAN ON THE FLOOR a brechtian cabaret pop song about you and the rest of the city. AUTOMATIC LINE a jazz-latin-rock mayhem about modern life, and how rubbish it is. And, you can dance to it. LIL' ROBERT a 4 mins tim burtonish rock opera that tells the tale of an invisible boy and his plans to take over. FROZEN LAKE atmospheric closing track that is a fairy tale or a nightmare. And it's about love.