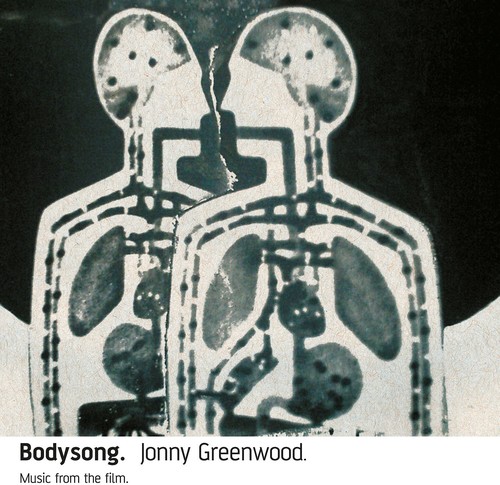 Bodysong. is Jonny Greenwood’s first original score for a film, and makes up the soundtrack to a BAFTA winning documentary film of the same name, directed by Simon Pummell. Originally released in 2003, the reissue has been remastered by Christian Wright. With artwork by Stanley Donwood. Available on single gatefold LP and CD. Radiohead play sold out shows across North America this summer (including 4 sold out nights at NYC’s Madison Square Garden) . Beyond Bodysong, Jonny Greenwood has also scored: Paul Thomas Anderson films: There Will Be Blood (2007) The Master (2012) Inherent Vice (2014) Phantom Thread (2017) for which he was nominated for an Oscar Along with these additional films: Norwegian Wood (directed by Tran Anh Hung) - 2019 We Need To Talk About Kevin (directed by Lynne Ramsay)- 2011 You Were Never Really Here (directed by Lynne Ramsay) - 2017 “Experience the sound of a life as imagined by Jonny Greenwood, all in the span of 45 minutes.” Paste Magazine “Bodysong boasts an abundance of forward-looking ideas and possibilities, a conversation between melody and cacophony that can provoke with finesse. Not only a worthy side project from one of the most popular groups in the world today, but a valuable addition to the petite canon of successful rock soundtracks that lives and breathes on its merits alone.” Pop Matters “A collage of shimmering, impressionistic strings and pianos that occasionally give way to lightly rocking acoustic guitar interludes, Stockhausen-esque cacophonies and Penderecki-inspired discord. One moment can sound like a church organ, another a Twenties jazz party.” Rolling Stone