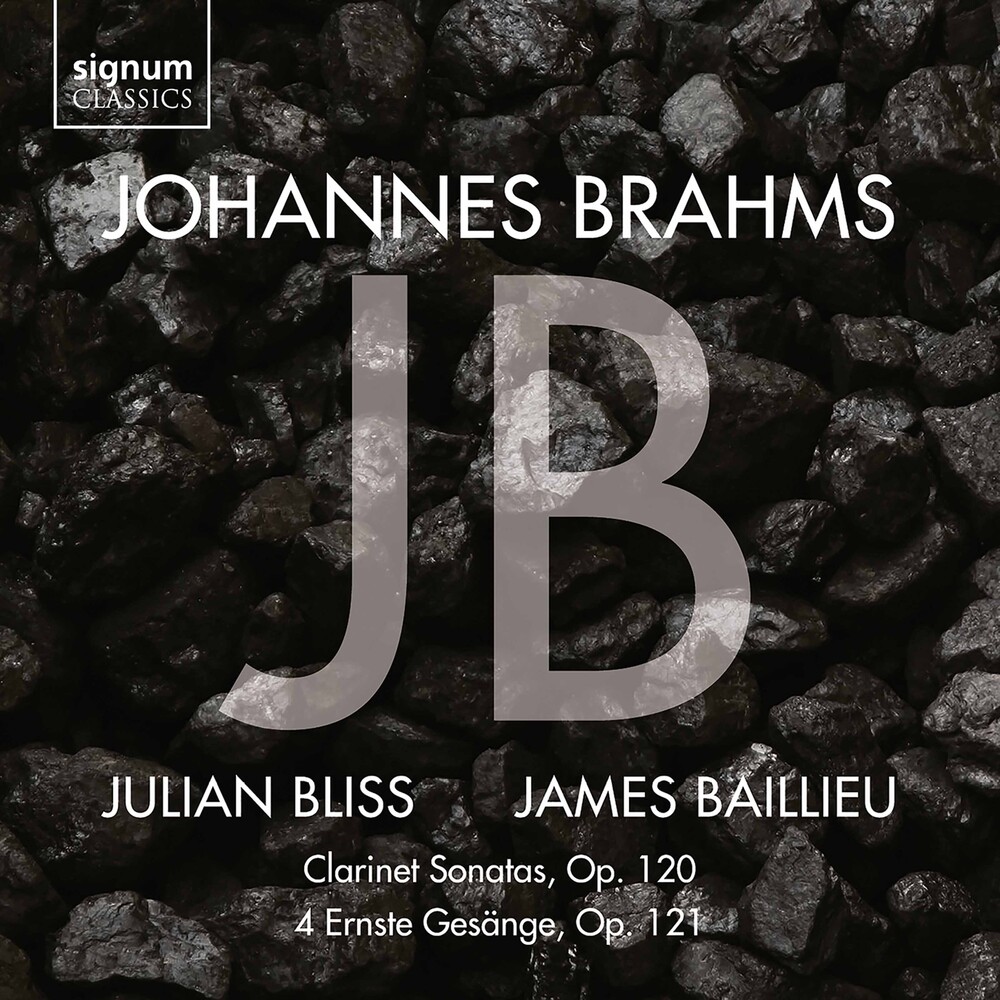 Julian Bliss and James Baillieu present a recording Johannes Brahms' Clarinet sonatas, Op. 120 and an arrangement of his 4 Ernste Gesänge, Op.121 arranged by Bliss. These late works were inspired by the great clarinetist Richard Muhlfeld, principal clarinet of the Meiningen Court Orchestra, without whom we would not have had this clarinet repertoire. Julian Bliss is one of the world's finest clarinetists, excelling as a concerto soloist, chamber musician, jazz artist, masterclass leader and tireless musical explorer. He has inspired a generation of young players as creator of his Conn-Selmer range of affordable clarinets, and introduced a substantial new audience to his instrument. Julian started playing the clarinet aged four, going on to study at the University of Indiana and in Germany under Sabine Meyer, turning professional aged twelve. Described by The Daily Telegraph as 'in a class of his own' James Baillieu is one of the leading song and chamber music pianists of his generation. He has given solo and chamber recitals throughout the world and collaborates with a wide range of world-class singers and instrumentalists. As a soloist, he has appeared with the Ulster Orchestra, English Chamber Orchestra, and the Wiener Kammersymphonie.