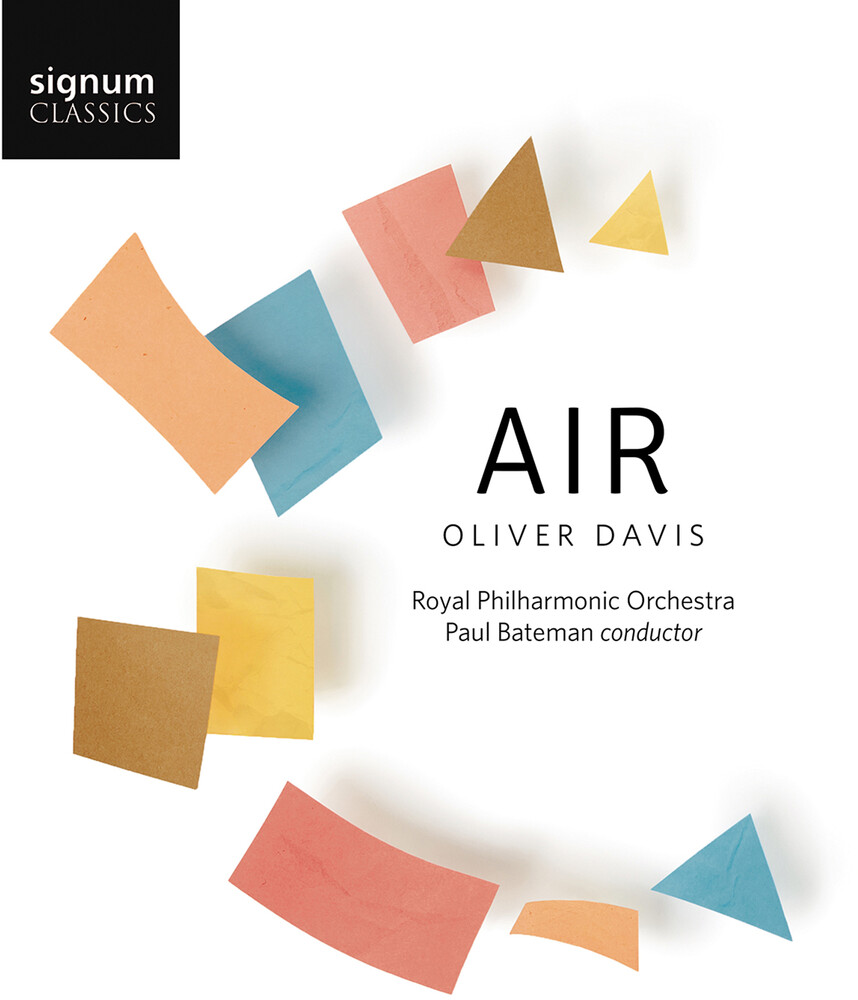 Oliver Davis's seventh album Air with Signum brings together a stellar array of performers, including violinists Benjamin Baker and Kerenza Peacock, soprano Grace Davidson and tenor Jeremy Budd, alongside German ensemble the Hanke Brothers and the Royal Philharmonic Orchestra under Paul Bateman. Oliver Davis graduated from the Royal Academy of Music in 1994 and has since composed numerous concertos, ballet scores, albums, soundtracks and television scores working with many of the major London orchestras. Davis' debut album Flight, recorded by the London Symphony Orchestra with soloist Kerenza Peacock, was released in March 2015 and quickly rose to number 2 in the UK Specialist Classical Charts with 5 star reviews in both the UK and US. In addition it was chosen as Featured Album of the Week on Classic FM and was broadcast daily on the station. Several pieces from the album Flight have been used for a ballet choreographed by Ma Cong for the Tulsa Ballet Company in Tulsa, Oklahoma.