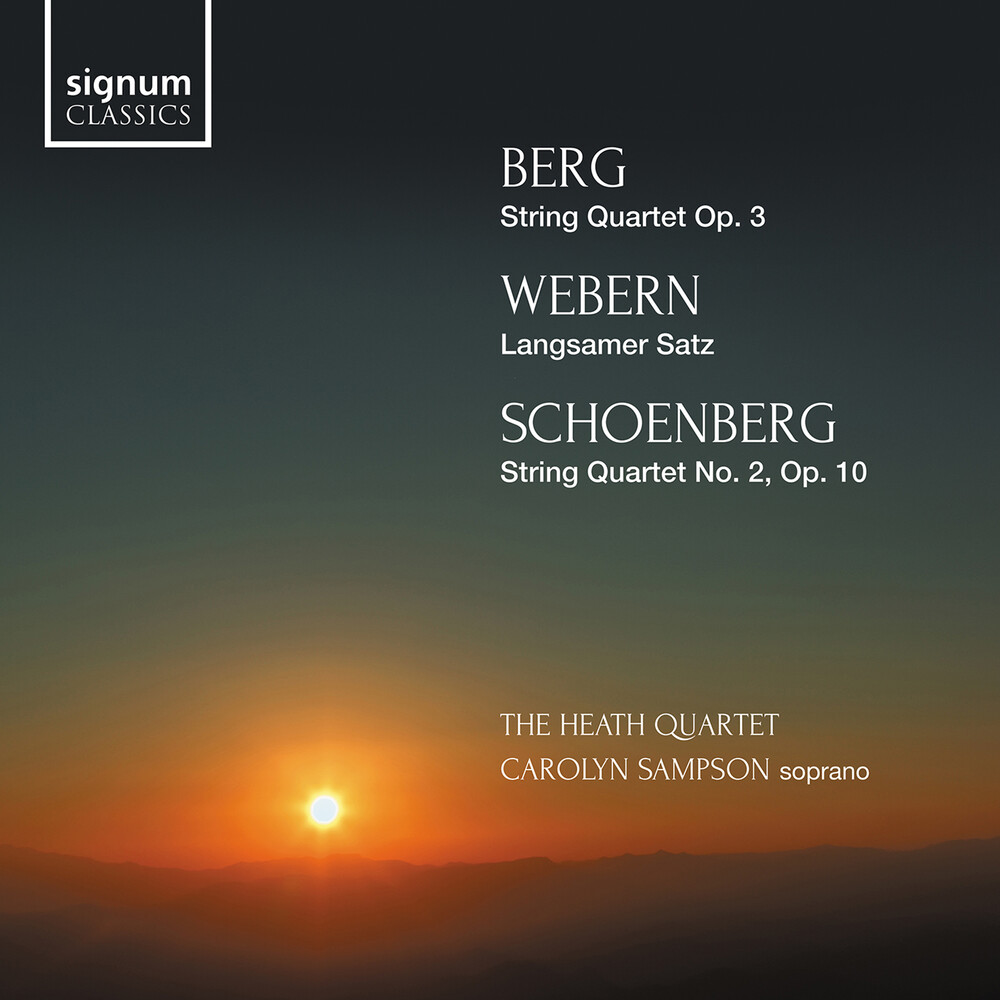 Signum Classics are proud to announce the first album from the Heath Quartet with acclaimed soprano Carolyn Sampson. Together the three works on the present album demonstrate the extraordinary advances made in the development of the musical language of Schoenberg and his two chief pupils, Berg and We- bern, over a period of a mere five years at the start of the 20th century. The charismatic and sought-after Heath String Quartet won the 2016 Gramophone Chamber Award for their recording of the complete quartets of Sir Michael Tippett, and in 2013 became the first ensemble in 15 years to win the prestigious Royal Philharmonic Society's Young Artists Award. Formed in Manchester in 2002 they were selected for representation by YCAT, awarded a Borletti-Buitoni Special Ensemble Scholarship and won the Ensemble Prize at the Festspiele Mecklenburg-Vorpommern. Equally at home on the concert and opera stages, Carolyn Sampson has enjoyed notable successes in the UK as well as throughout Europe and the US. Carolyn has released multi award-winning discs for multiple record labels including BIS, Decca, Harmonia Mundi, and Hyperion, receiving accolades in- cluding the Choc de l'Année Classica, Gramophone Magazine Editor's Choice, BBC Music Magazine's "Record of the Month", an ECHO Award, and a Diapason D'or.