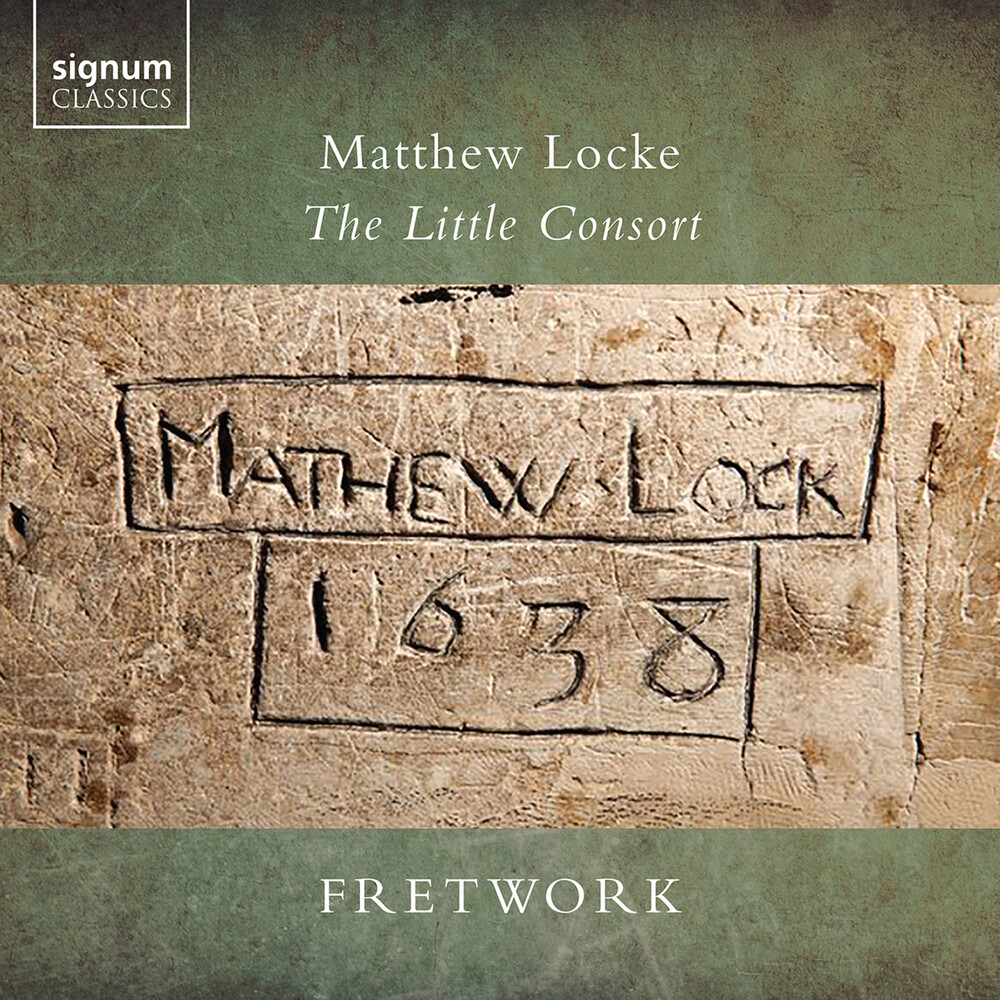 In November 2022 Fretwork return for the second instalment of their cycle of works by Matthew Locke. Matthew Locke was born 400 years ago in 1622, and while he is often ranked as one of England's finest composers, he is still unaccountably neglected: his music may not be as immediately appealing as his immediate successor, Henry Purcell, nor as wide-ranging as William Byrd, yet his forceful musical personality and luxuriant technique place him in the first echelon of English composers, with his works described by Richard Boothby of Fretwork as having a "quixotic, capricious restlessness that is constantly challenging the listener to follow his argument... a thrilling musical ride". Accompanying Fretwork on continuo for this recording are David Miller (archlute and theorbo) and Silas Wollston (harpsichord). The cover of the album bares an inscription in the walls by the choir stall of Exeter Cathedral, thought to have been carved by the composer during his time as a member of the choir there.