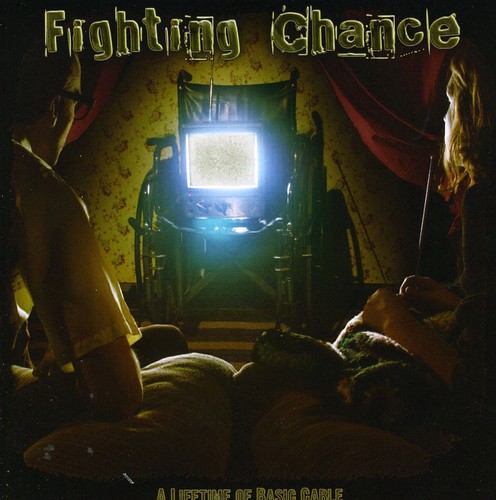 Formed in 2003 by longtime friends erin g. And ryan east, the two started playing original acoustic songs in local coffee shops, and soon moved on to a u. S. Tour with nothing but a couple hundred copies of a burned demo to fuel their journey. Their debut "somewhere between relief and regret" (avail on cdbaby.Com, myspace.Com/fightingchance, and through super d one stop) was released in 2006 to rave reviews and the addition of long time friend steven tilbury on drums and seasoned veteran trav-i (of trulio disgracias fame) on bass has helped Fighting Chance form their signature rock/reggae/ska sound. This release was followed by extensive touring throughout the u. S. In 2006 and 2007, including dates and tours with the expendables, h. R. (bad brains), the aggrolites, slightly stoopid, lit, live, buckcherry,gregory isaacs, blues traveler, cheap trick, govt. Mule, agent orange, ....... 2008 generated a huge spike in popularity for Fighting Chance with their single 'falling in' reaching number nine on the new rock 107. 3 charts for 3 months from july through september alongside bad religion, weezer, and flobots. Their current material consistently reaches radio playlists on rock stations in bakersfield, Los Angeles, San Diego, fresno, and throughout the inland empire. Here's what the strangers have to say: "sure to start a fire under a crowds collective ass" g. Starkey new times magazine 'once you've heard a Fighting Chance song, you'll want to hear another, once you've seen a Fighting Chance show, you'll need to see another. No one can deny the gut wrenching honesty of their lyrics '. Sam-las cruces sun news (carlsbad, new Mexico) "you're drowning in your weekday war. Skalicious to my ears. What i take from the lyrics is-hey, be cool, don't stress out, find something that you like to do, or you'll drown in the stress of monotony. Simple enough, plus, i may have it all wrong, who knows? as i bounce myself around the room, i simply don't care because the stress of this day is leaving my body thanks to the skaliciousness of this cut owed to the dancability and the time changes that keep this tune musically exciting. Shout out to "falling in". Rich-eartaste.Com "january 2009 will see the release of their sophomore release "a lifetime of basic cable"- a definite step up in musicianship and more definitve exploration of ska/reggae hooks, earth shaking lyrics, and sweet melodies that can be enjoyed by anyone who is lucky enough to catch an earful of this movement"- high times magazine 2008.