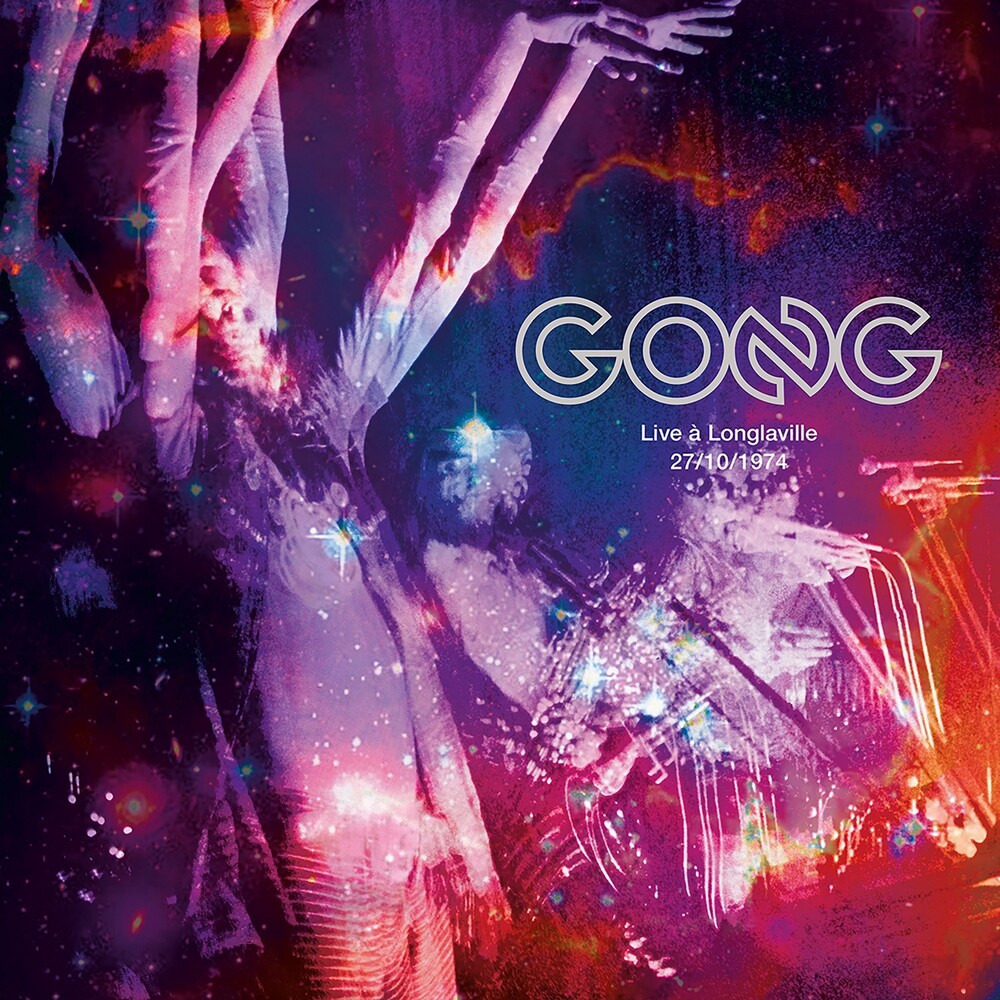 Formed in 1969 by Daevid Allen, one of the founding members of Soft Machine, classic albums such as Camembert Electrique, Flying Teapot and You established Gong as one of the most unique, innovative and experimental rock groups of the Seventies. Recorded in the middle of their most critically lauded Radio Gnome Invisible Trilogy era, Live at Longlaville: Salle ElsaTriolet, 27. 10. 74 is a previously unreleased concert recently discovered in the archives. Despite 1974 being one of the most intensive years in the band's history, with over 150 gigs clocked up, relatively few live recordings from that time exist. We are fortunate to have unearthed such a good one. When it came to squirrelling away recordings for future enjoyment, enlightenment or even possible enrichment, Gong were not the Grateful Dead. The Gong touring entourage were part Lost Boys (with the odd lost girl) who didn't fit in anywhere else but in such a group that coalesced around their uniquely expressive music. They were adventuring psychedelic troubadour brigands out to rob you of your more fearful and staid sensibilities by the sheer bubbling force of their musical, theatrical, and exuberant communal presence, both on and off stage. As you fell within the gravitational pull of the Green Planet Gong not only was anything possible, it was positively desirable. If the band's first major public appearance was at the Amougies Festival in 1969, then the Longlaville date marked the band's 5th birthday. By October 1974, just Daevid and Didier Malherbe remained on-stage from that first gig. With Steve Hillage spiralling ever upwards, and Tim Blake venturing further out there, thanks to the intense series of concerts leading up to Longlaville, Laurie fully reclaimed the Gong drum stool, and the gigs were joyous. Such a whirling band of extravagantly-attired and expansively-minded folk naturally attracted attention. Within these recordings you can hear Gong in their prime and firing on all cylinders. This edition of Live a Longlaville is presented in 2CD digipack.