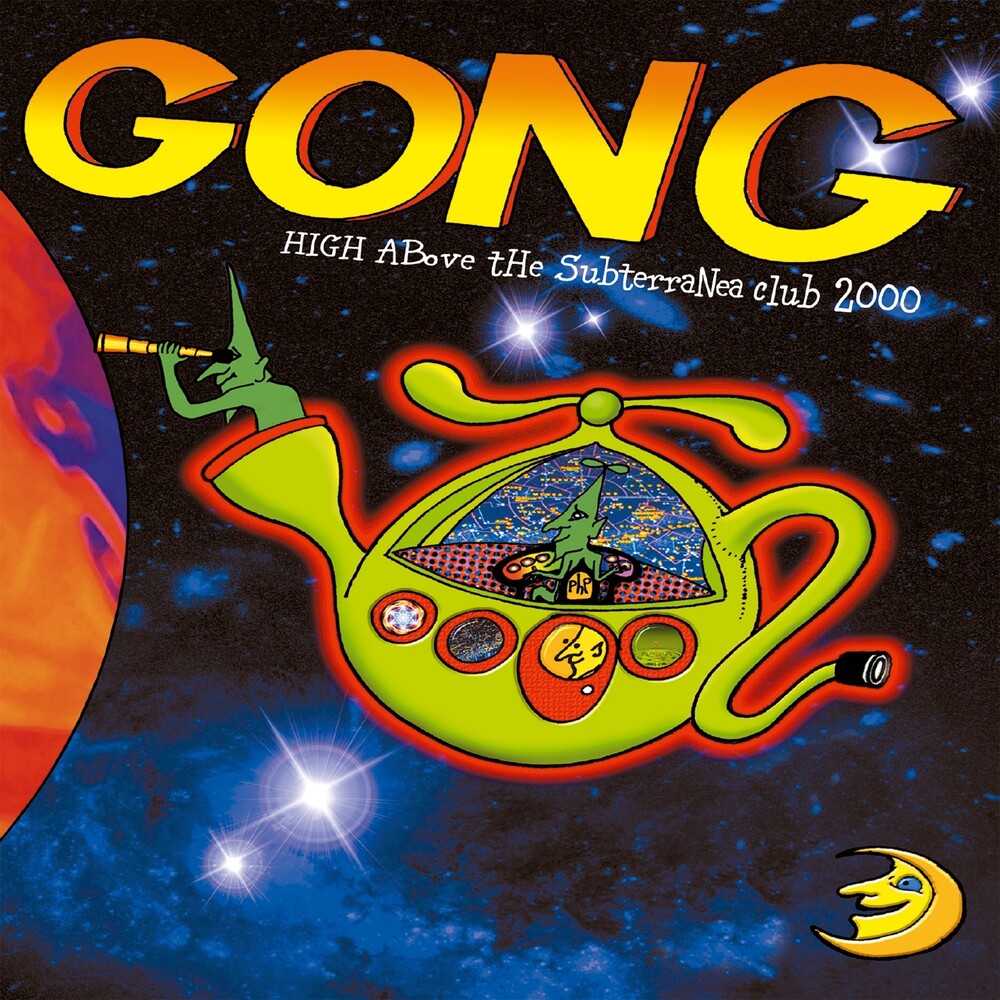 Live CD-DVD-V From Enduring Multi-National, Multi-Dimensional Psychedelic Legends. Formed in 1969 by Daevid Allen, one of the founder members of Soft Machine, Gong established itself as one of the most unique, innovative & experimental rock groups of the Seventies. Mixing rock, jazz & psychedelia with elements of mysticism & hippie-based surrealism, all laced with a far-out sense of humour, the group's music, along with it's communal lifestyle & fascination with things Eastern, epitomised the hippy ideal of the day. Coming after the 2014 release of Gong's new studio 'I See You', Madfish are set to release "High Above The Subterranea Club 2000" as a CD/DVD-V Set released in a sleevepac with 12-page booklet. Featuring a unique performance of the band's internet broadcast recorded at the Subterranea Club London on April 6th 2000, it captures the flavour of the exciting, unpredictable nature of Gong's spacey yet tight improvisation, the quality of their audience rapport, their famed musical absurdity & even the essence of their strange 'mythical' element. Originally released in 2002, the DVD disc features the full show including 3 additional tracks not featured on the audio CD (Flute Salad, Oily Way & You Can't Kill Me) & also features an interview with Gong's visionary leader Daevid Allen. DVD region free