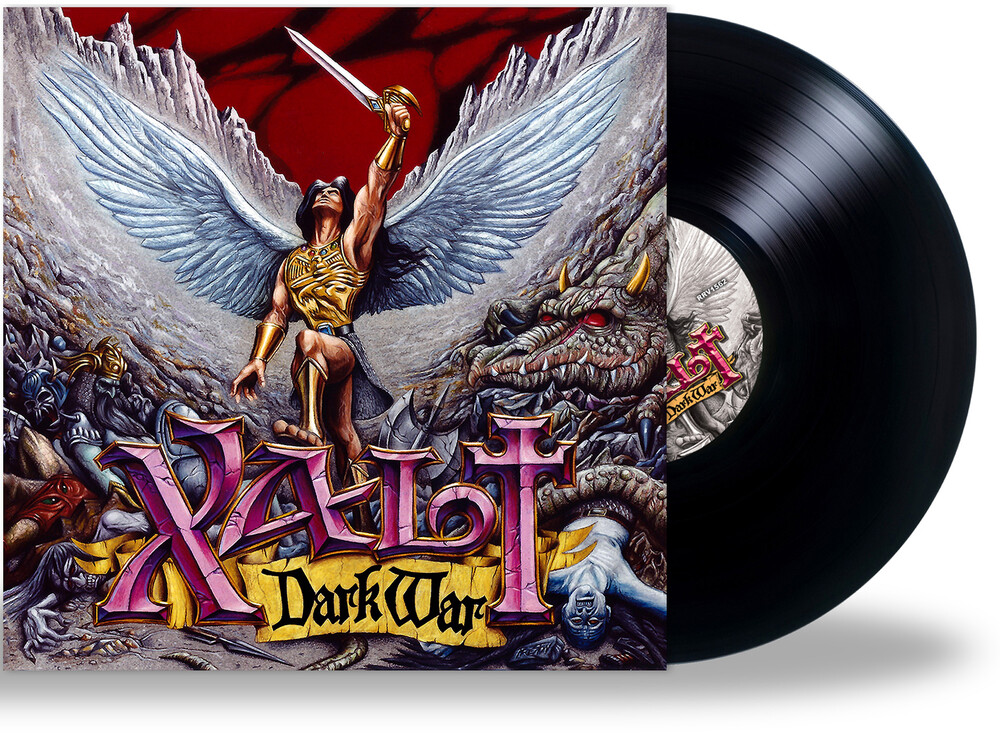 Dark War is an unabashedly "old school" metal record, and for as much as collectors have sought out this near impossible find, this 1988 cassette only album was an independent release put out by a band that was leading a Christian metal movement in Michigan, Ohio and the surrounding areas! The band would not have the support of a label (Pure Metal) until their sophomore release, Under the Ruins. Dark War has consistently been on the the most requested (and bootlegged) Christian Metal reissues list because the songs are nothing less than lumbering beasts with monolithic slabs of rhythm guitar, and hooks that bring to mind 1980s Dio - especially his work with Black Sabbath during their Heaven & Hell era. It's literally impossible to listen to such epic tracks as The Cross, God In A Box, and Dark War and and not imagine how easily Xalt could have become the next MTV sensations right alongside Stryper, Judas Priest, and Dokken. Yes, Dark War is THAT good! And, for almost 30 years it's never been officially available in any format but cassette... until Retroactive Records reissued the CD in 2017, and this is the first time this classic has ever been offered on vinyl! Remastered for vinyl by Rob Colwell (Bombworks Sound), this reissue resurrects one of Christian Metal's greatest moments. Enjoy!