The Saint - Too Late For Living | RECORD STORE DAY 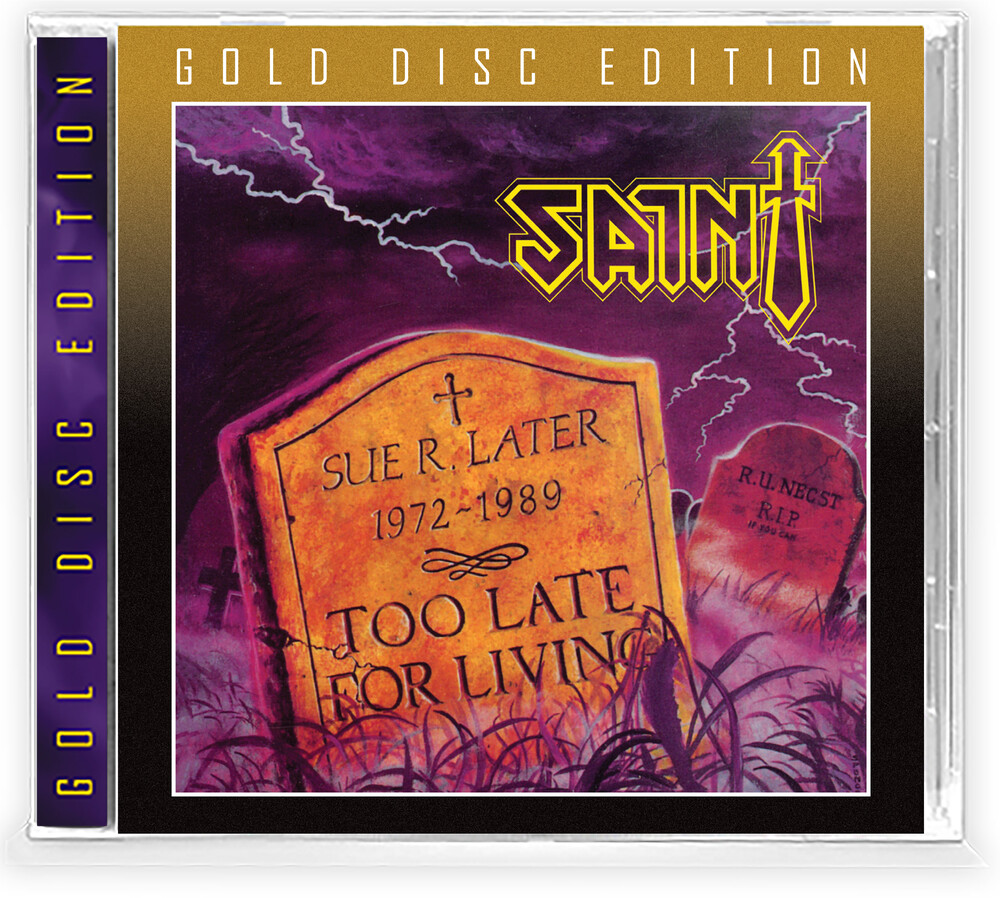 Coming in at #20 on the Christian Metal Realm's 100 Greatest Christian Metal Albums, Saint's 1988 release of Too Late For Living (Pure Metal Records) put out a beacon for metal fans, "Red alert star craft approaching everybody put on your gear" and metalheads took heed. The band's third release combined powerful, hard driving heavy metal with convicting and engaging apocalyptic lyrics that sounded nothing like what your pastor wanted you listening to! Back in 1988, your mom might be hiding your Whiteheart cassette from you (too rocky, right?), but your sure as heck weren't gonna let her find your Saint cassette! The songs on Too Late became instant life anthems that sustained the souls of angst-ridden, alienated youth across the globe. While much of Christian metal served up a platter of cheesy lyrics, Saint's lyrics were like none other - speaking Good News with confidence and authority - just what we needed. It wasn't long before we were singing every word, to every song - even in our sleep. Too Late found a way into the DNA of Christian metal fans, striking a chord with and meeting the needs of a generation who wondered if anyone understood. With a 2020 fresh remaster from the ground up, and elite packaging we promise this is THE ultimate and definitive reissue for Saint fans. Yes, it's that amazing! So, don't you stop fighting, armor up starpilot!