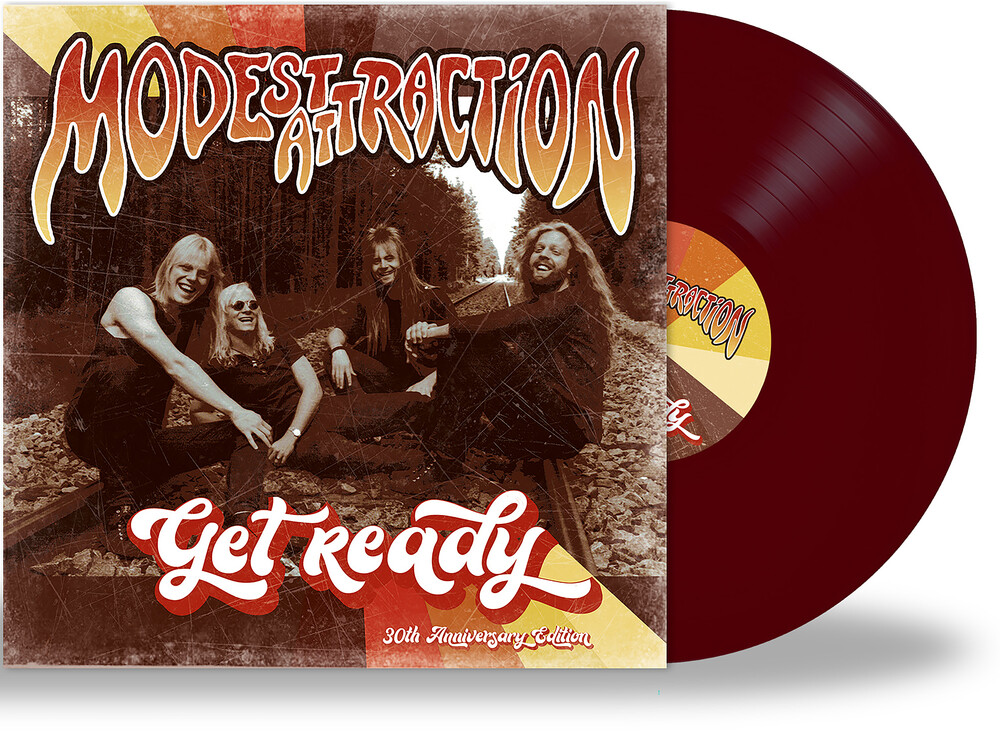 Featuring Christian Liljegren (pre-Narnia) and Mick Nordstrom (ex-Leviticus) Modest Attraction rose from the ashes of the elite Swedish melodic band, Borderline whose demos ruled the Christian metal underground in the late 80's. In 1991 and 1992, Modest Attraction recorded two ground-breaking demos (Modest Attraction & Blizzful Sample) that would later be put together on a handful of CD-Rs and released as one 10 song album called Get Ready. Never before professionally released, 2021 is the 30th Anniversary of the classic album that started it all for the prolific and ultra-talented musicians in Modest Attraction and features the album in all it's glory and then some! Digitally remastered by none other than Narnia axeman, C.J. Grimmark and the layout handled by none other than NoLifeTilMetal's Scott Waters - the album has never looked or sounded so elite and professional. Even though Nirvana and Soundgarden were ruling the radio charts in '91 and '92, Modest Attraction was leading the retro movement early on, and combined the extravagant showmanship of Queen with the deep 70's vibes of classic Deep Purple, The Sweet, Rainbow, Uriah Heep, Led Zeppelin. Modest Attraction embraced the retro-vibe in every way - featuring members with full-blown long-hair, platform shoes, and colorful stage clothes including flared trousers - and it connected with fans in a serious way! Classic heavy metal gets no better than this!