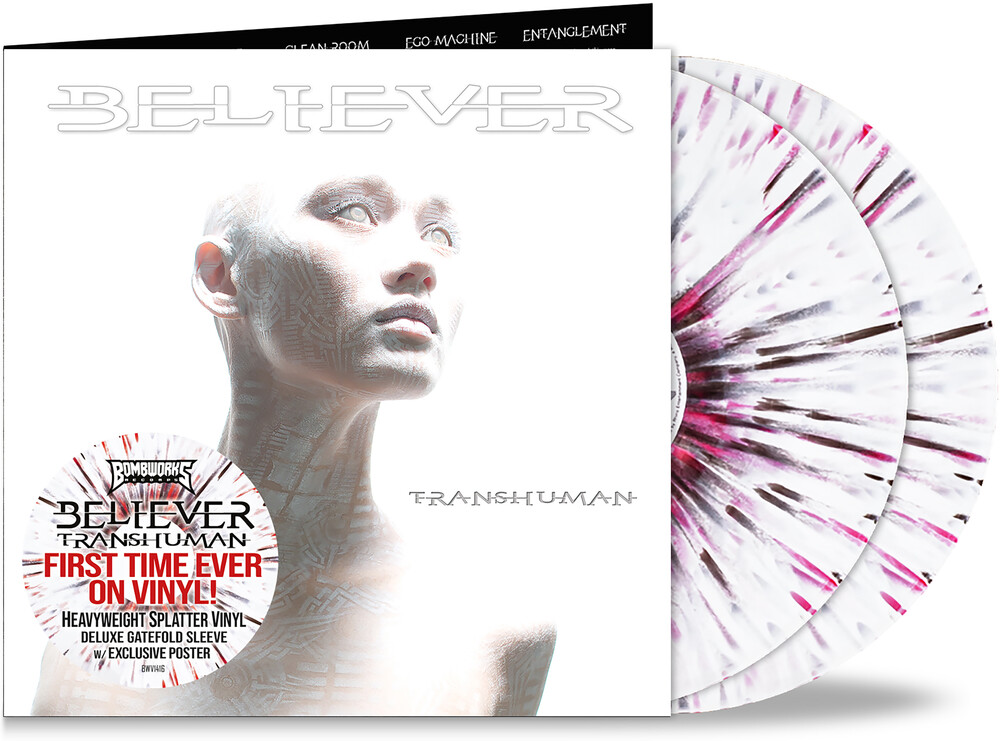 Elite progressive, technical thrash metal 1st time ever on vinyl - Dirty Candy Cane Splatter12x18 Poster includedDeluxe Gatefold packaging with lyrics and band picsPart of the elite Metal Icon Series on Bombworks RecordsRemastered for vinyl by Rob Colwell of Bombworks SoundOriginally released in 2011, this is the 10th Anniversary EditionOriginally released by Metal Blade RecordsAggressive heavy metal that will appeal to fans of the early thrash albumsClassic lineupCover art by artistic genius, Michael RosnerLimited to just 250 units world-wideCut at 45rpm speed for maximum sound quality. Transhumanism: The study of the ramifications, promises, and potential dangers of technologies that will enable us to overcome fundamental human limitations, and the related study of the ethical matters involved in developing and using such technologies.Few albums in the metal genre transcend greatness like Transhuman. Bombworks Records knows how to take care of fans and collectors as this double vinyl release comes with two Dirty Candy Cane Splatter Vinyl in a deluxe gatefold, and a 12x18 poster! Of course it's been remastered for vinyl by Bombworks Sound, Rob Colwell. Musically, Transhuman shows the band's willingness to grow and mature while still nurturing the fans who love the first three albums. In fact, the album from the band's past that Transhuman reminds us of most is Dimensions. If not in exact style, it resonates firmly in metallic innovation. Few bands have the talent and ability to embrace such an aggressive, technical, and progressive vibe, while sounding so unique. Voivod, Watchtower, Extol, Sadus, and Tourniquet can claim such elite status in the metal world - but Believer defines such categorization and claims ultimate power with their sovereign 2011 masterpiece, Transhuman.