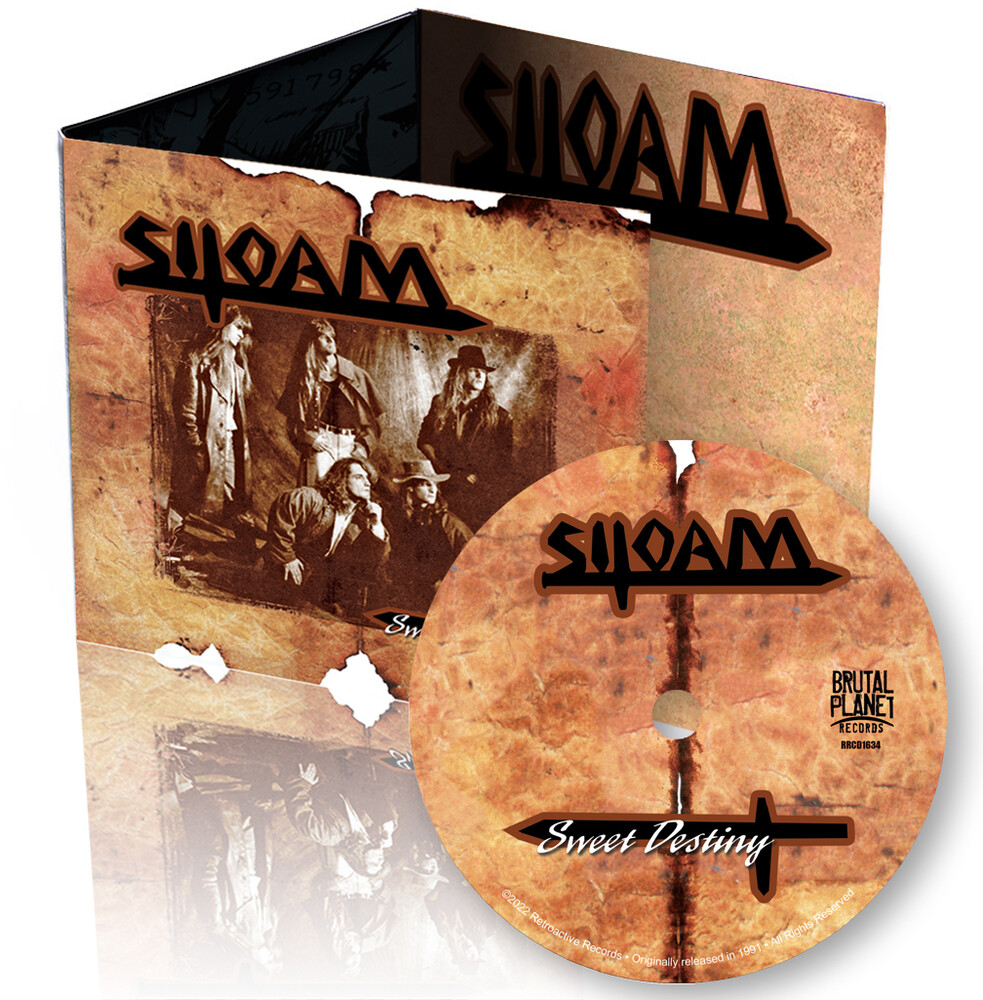 This is THE big monster smash-hit debut from a band that didn't survive long after the grunge on-slaught! Ottawa, Canada based Siloam is the brainchild of uber-talented drummer, Brian Lutes. Coming out of a real street-wise background, Lutes became a Christian after nearly dying of a drug overdose but went back to the streets in order to work with kids and relate the Gospel to them in a credible way. For naysayers who try and claim Christian hard rock and metal was second-class to mainstream rock like Skid Row, Def Leppard, and Guns-n-Roses we'd like to introduce you to SILOAM! In the words of music critic, Angelic Warlord, "Sweet Destiny flows quite well from front to back in that it includes no filler tracks." Tim Laroche decorates the album with blazing and at times distorted lead guitar work, cutting loose on "Eastern Skies" and "Deceiver" while exhibiting a bluesier side to his playing on "Child Of Mine." Very Oz Fox-esque in style. This is full-on, exceptional, melodic, commercial AOR/metal with massive hooks, killer vocals, and top shelf production. Following the release of Sweet Destiny, Siloam became involved in the "Really Me/Stay In School" rock tour across Canada - which was also part of a Just Say No anti-drug campaign - that featured sponsorship from the likes of McDonald's, Pepsi, major hotel chains, fuel companies and even the Canadian government. Siloam, as a result of this partnership, was able to tour with over a million dollars worth of staging, sound and light gear, taking it's message to arenas and stadiums with audiences that literally numbered in the tens of thousands. If you like bands that have that distinct 80's sound along the lines of Stryper, Crystavox, Guardian, and Holy Soldier, then grabbing a copy of Siloam's 1991 debut release is a must! Available on vinyl for the very first time. Also available on remastered CD.