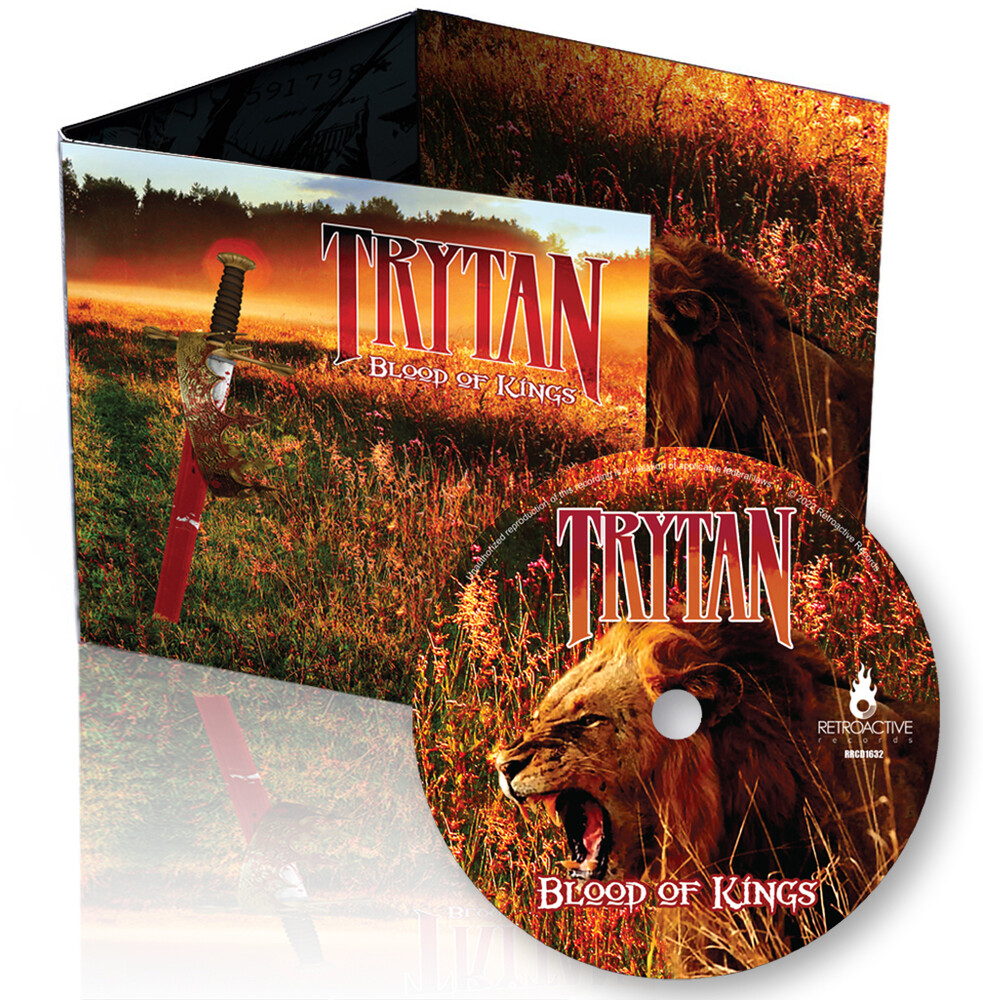 79 minutes / 6 panel wallet. This album is an exciting and brilliant musical and emotional rollercoaster, but fans know that's par for the course from progressive rockers, Trytan. Blood of Kings marks the band's third iconic milestone on a musical journey that began over 30 years ago! Blood of Kings features band leader, Lary Dean on vocals, Eric Gillette (Neal Morse Band), Jim Laverde (Barren Cross), Rey Parra (Sacred Warrior/Deny the Fallen), John Elefante (Kansas/Mastedon) and together they offer a vibrant manifesto of world-class musicianship, vivid lyrical scenarios and ambitious, multi-leveled compositions that have established Trytan as a uniquely compelling creative force like never before! To simply describe Blood of Kings as "epic" is to seriously underestimate the brilliance jam-packed into this album. This is definitive ear candy for even the most distinguished of music fans. For fans of Dream Theater, Rush, Kansas, Spock's Beard, and The Neal Morse Band.