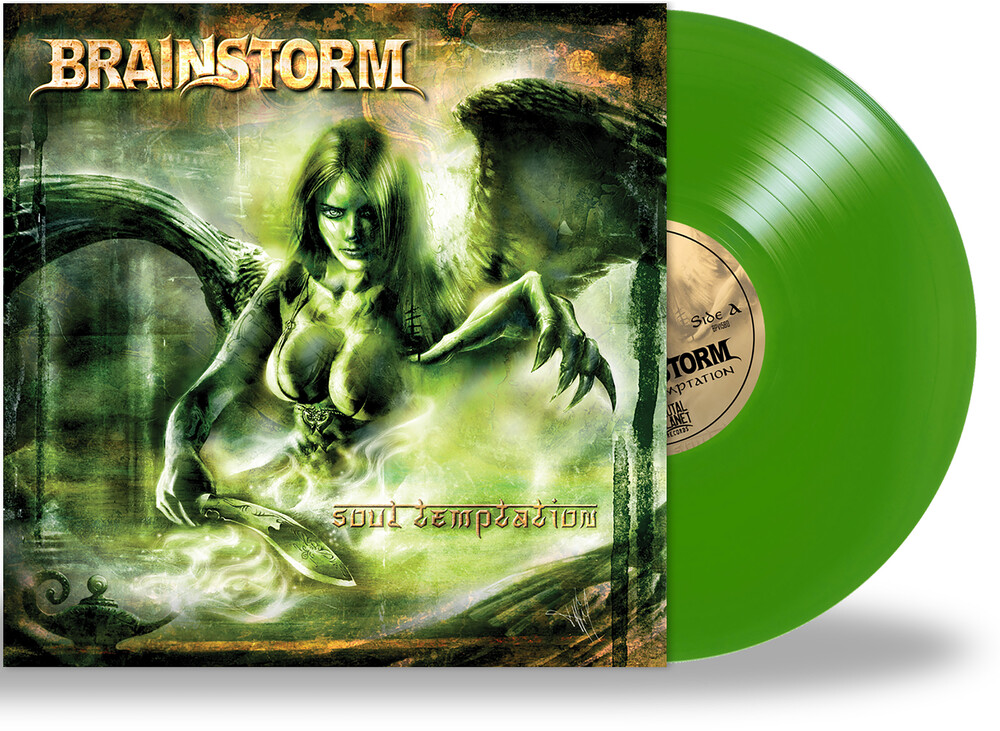 Oddly enough, the best U.S. power metal in the world might be in Germany. Brainstorm combines the riff power of Kamelot with the melodic sense of Savatage to create a unique style that will have prog/power metal fans drooling. Brainstorm unleashes "Soul Temptation" with one hour of pure quality metal - and their best album ever. The album stars off with "Highs Without Lows," a mid-paced powerful song that sends a powerful message from the start that you're in for something special. Andy B. Franck vocals are the crowning glory in a band that simply does not know how to make bad art. The next three songs are again mid paced and heavy as they can possibly be, Brainstorm chose to concentrate more on the song structures and melodies than the sheer 200mph double bass pumping off all other power metal acts. "The Leading" has some of the best guitar duels since Judas Priest glory days. "The Fading" slows the pace down again for a semi-balad (Savatage-like, not Hammerfall-like), twisting around some memorable vocal melodies and great keyboards. Next is the "Trinity of Lust," an epic trilogy of songs composed by "Shiva's Tears," "Fornever," and "Soul Temptation." These tracks are elite in every way. From the opening of "Shiva's Tears" you're treated into perfect guitar rifts and fantastic melodies, middle eastern sounds and fantastic choruses, All songs are unique (not one of those typical prog power albums where every track sounds the same) but at the same each track tells a compelling story. "Shiva's Tears" might be the most perfect Power Metal song of all time. The following two tracks are speed metal par excellence, with "To the Head" being particularly ferocious. Headbangers heaven - yes! "The Rising" concludes the album as the epitome of the perfect closer. Limited to just 300 Cobalt 60 Green vinyl records, grab this first-time-on-vinyl package fast! Oh, and yes, Bombworks Records (Rob Colwell) has remastered it to perfection specifically for vinyl!