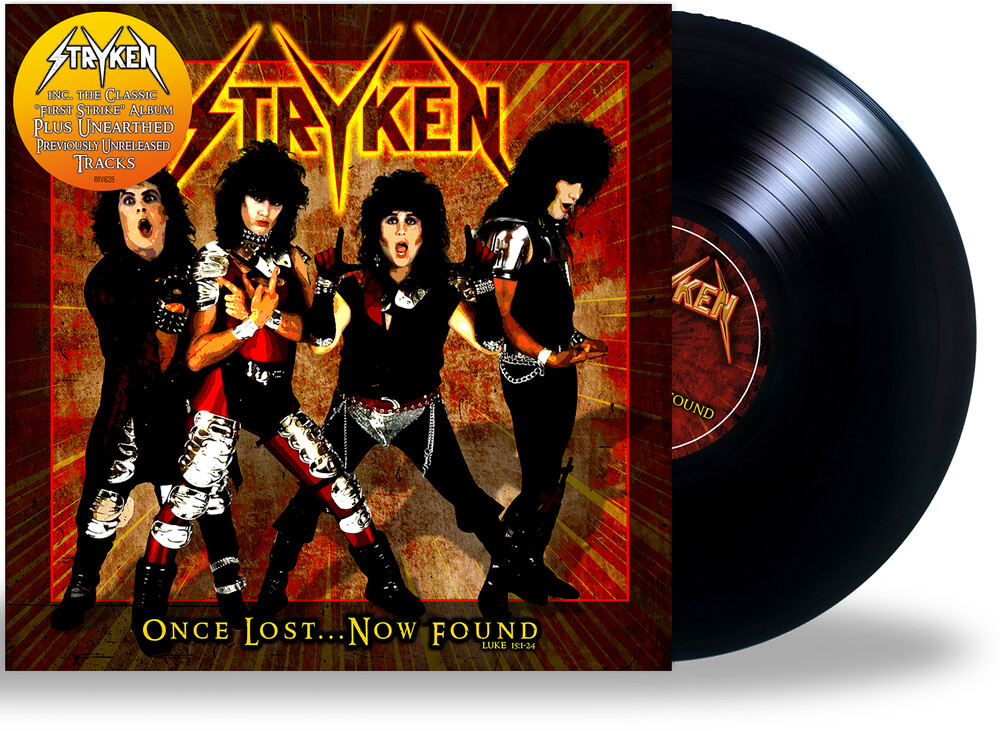 Often referred to as the "fundamentalists in armor" and playing what it describes as "thunder rock," Stryken was put together in Arizona in the late seventies by founding members Dale and Steve Streiker initially under the moniker Stryker. After releasing a single and a four song demo, the two proceeded to place a want ad for a drummer, which led them to a talented timekeeper by the name of Joey Knight. A move to Austin came about in late 1982, and by the spring of the following year the band recorded a nine song cassette only release entitled Blitzkrieg that sold very well in the Southwest. By the mid-eighties, however, Stryker started to receive pressure from the Stryper camp about changing it's name. Yes, Stryker rhythms with Stryper, but one important thing to keep in mind is that the name Stryker was trademarked by the band after it formed in the late seventies- a time when the boys in yellow and black were more than likely still in junior high school. Needless to say, cooler heads prevailed and the band agreed to make a change by switching the last letter in it's name from an "r" to an "n". Hence, Stryken was officially born. With a permanent name in place and it's line up finalized with the addition of bassist Ezekiel Vade, Stryken went through a complete makeover in it's image which saw each member of the group don body armor that is symbolic of the Armor of God as described in Ephesians 6:11. Stryken soon formed it's own label, Chrystal Records, which it used to release a 12" single that included the tracks "Rock On" and "Surprise" in addition to it's 1987 full length debut, appropriately entitled, First Strike (which came out only on cassette and red transparent vinyl). So, what is the best way to describe "thunder rock"? Well, according to the band, "thunder rock" is a slower, powerful, driving beat, highlighting on guitars and drums. I might describe it as a combination of eighties influenced metal and straightforward hard rock certain to appeal to fans of Stryper, Bloodgood, Saint, Messiah Prophet, Whitecross, Motley Crue and Kiss. First Strike, upon repeated listen, actually proves itself quite the consistent effort in that it's tracks, for the most part, are well constructed and hold up under repeated play. The album, for example, delivers it's share of anthemic hard rockers ("Crush The Head Of Satan" & "Rock On"), a couple of upbeat melodic metal tracks ("One Way" & "State Of Emergency'), a slower, more driving number ("The Young Men have A Vision") and a pair of ballads ("The Answer" & "Surprise"). And the band pulls it off without a hitch, which is a credit to the strength of the songwriting here.