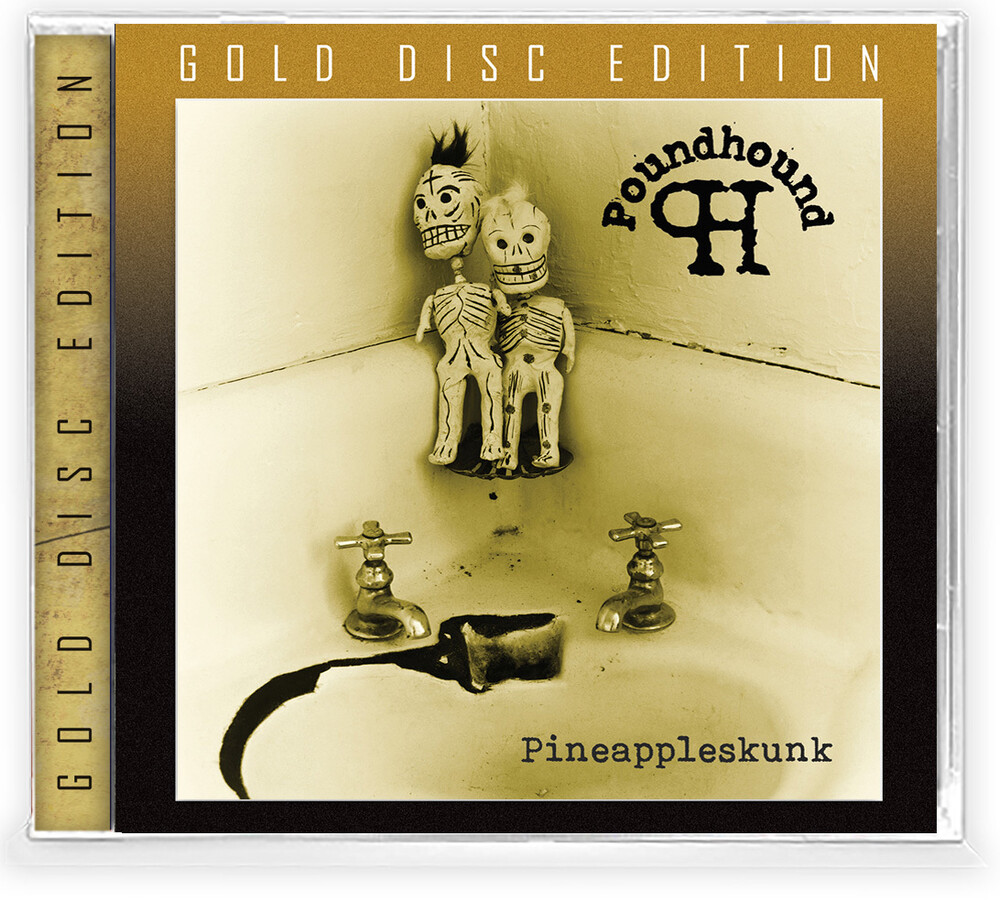 Pineappleskunk is the second solo recording by King's X singer/bassist dUg Pinnick under the name Poundhound. The "pound" referred to is the distinctive bass tuning that Pinnick uses in his recordings, and it is prevalent throughout this album. In fact, expect the bass to melt your face off after only a few majestic thumps. Lest you think Pinnick a one trick pony, he sings, plays all instruments except drums (Jerry Gaskill of King's X), wrote all the songs, arranged, recorded, mixed, and produced the album. This one has everything one would expect from a dUg Pinnick project including down-tuned guitars, bone-crushing bass, beautiful rhythms, funky grooves, hard as nails riffs and dUg's signature vocals. The 2022 Brutal Planet Records remaster is packaged in jewel case, a 16-page booklet, and the coveted Brutal Planet Records GoldMax treatment that collector's crave for their treasured albums. Oh, and every CD contains a limited edition gold-foil-stamped Collector card!