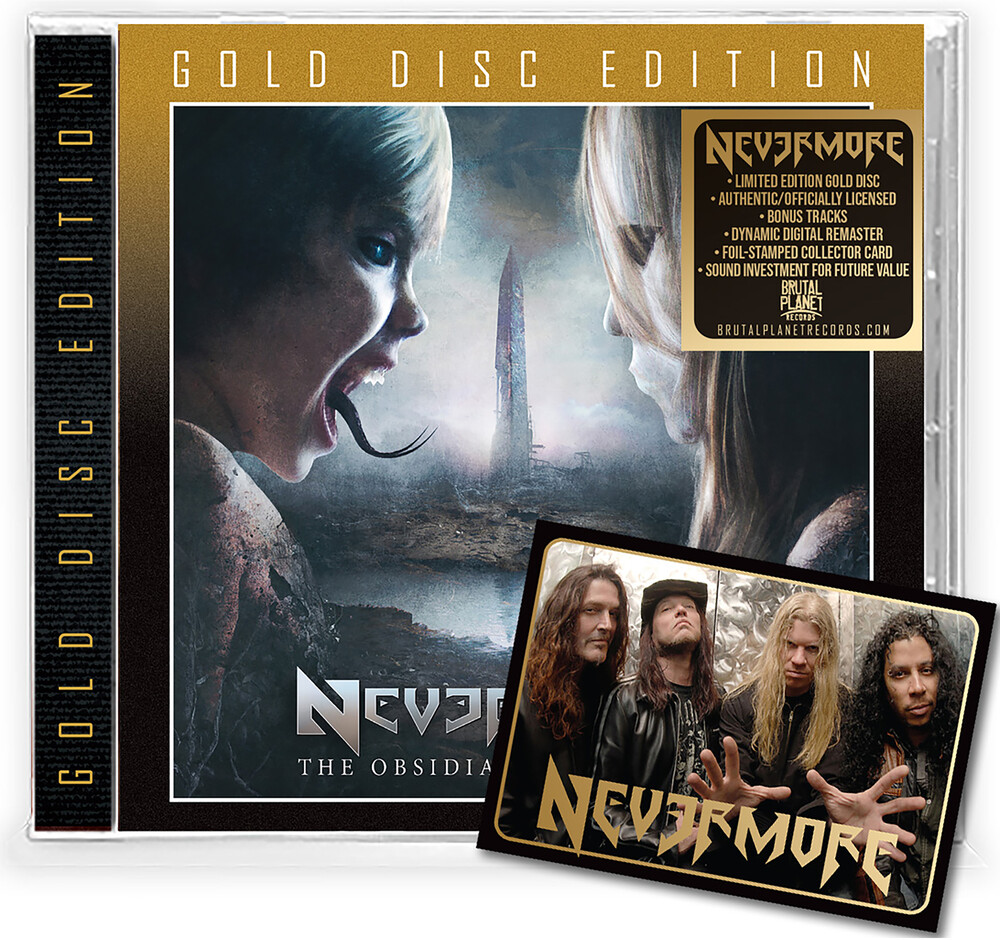 Authentically licensed 2010 classic album released on Century MediaFeatures two hard to find bonus tracks Production by former Soilwork guitarist Peter WichersWith the coveted Brutal Planet GoldMax Deluxe CD reissue treatmentElite 2022 Remaster by Rob Colwell of Bombworks SoundGold Disc CD to discourage disc rot and add beauty and eleganceEvery CD comes with a deluxe foil-stamped collector's card of NevermoreExpanded 12-page insert with lyrics and additional band picsGold Disc border on the front cover - but the back of the booklet features the front cover with no Gold border around the edgesBooklet write-up by esteemed heavy metal music critic, Martin Popoff! Nevermore has always held a special place in the metal community with both fans and other bands alike looking up to and respecting them. It isn't hard to see why they command this level of respect, with world-class guitarist Jeff Loomis and vocalist extraordinaire Warrel Dane both calling Nevermore home. Because of this high profile and superb talent, a lot is expected from Nevermore and for the most part, album to album, Nevermore have consistently delivered the goods. Therefore, the arrival of a new slab of metal from these guys is always a pretty big deal and after waiting five years since The Godless Endeavor, we finally got The Obsidian Conspiracy. Right off the bat it becomes obvious The Obsidian Conspiracy is a bit of a departure for Nevermore. While the trademark Nevermore elements are all still present, long-time fans may notice this is less complex and more accessible than The Godless Endeavor and other older works. Now, before diehard Nevermore fans get their panties in a bunch and jump out a window, this is still classic Nevermore and a very technical album with some very heavy moments. Additionally, this is far from some pop metal album. When I say accessible, I mean in the context of past Nevermore albums, which could be very dense and heavily technical and require patience to get into. Perhaps the added accessibility comes from a growing maturity as songwriters or maybe some of it bled over from Dane's solo album. Whatever the cause, the result is a collection of well crafted songs which ebb and flow very well from mood to mood. The 2022 Brutal Planet Records GoldMax CD remaster includes two hard-to-find bonus tracks (and a foil-stamped Ltd band Collector Card) along with an expanded booklet with lyrics and band pics!