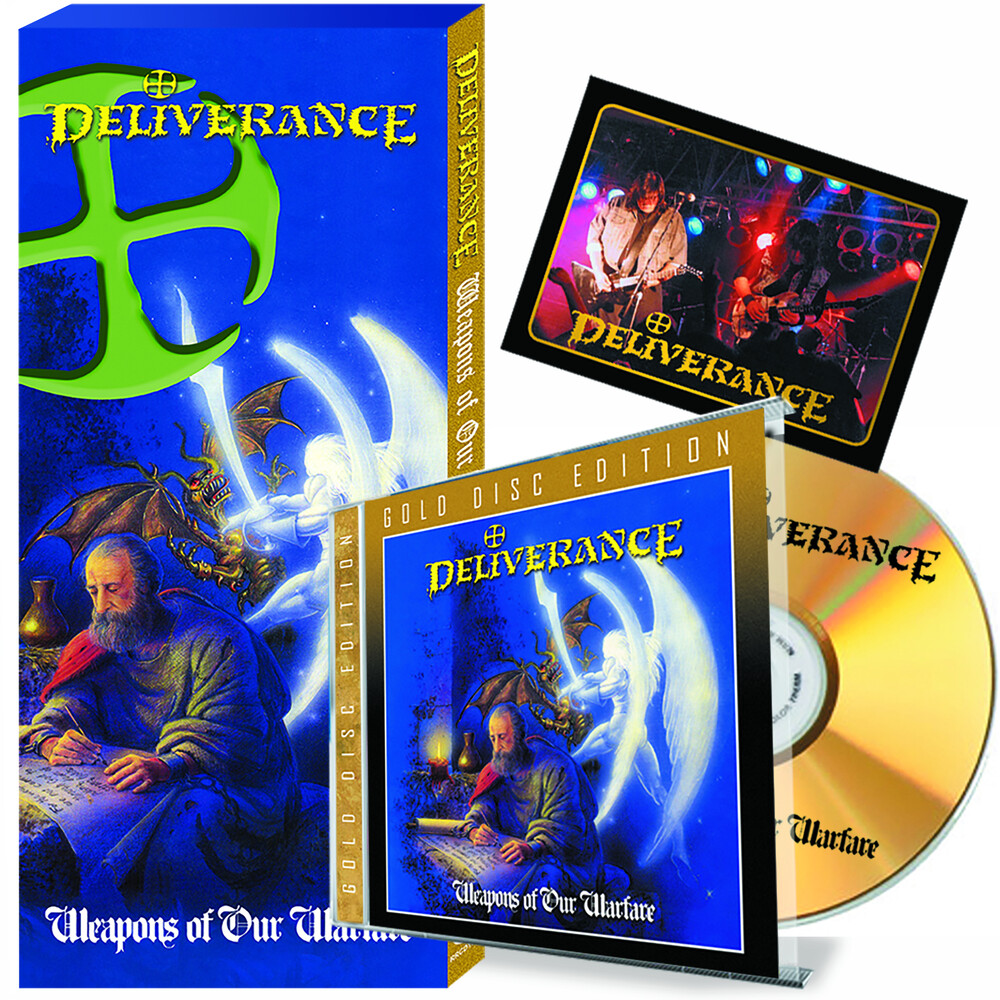 Only a year after the band released the historic Self-Titled debut, the band released their 1990 tour de force: Weapons of Our Warfare. Metallica created Master of Puppets, Slayer bludgeoned the world with the classic Reign In Blood, Flotsam & Jetsam had Doomsday..., and Exodus boasted Bonded By Blood - all albums that would create the standard for all other speed metal releases. Weapons of Our Warfare was that album for Deliverance. It cemented the band's place as iconic speed metal royalty. To this very day, Weapons is still mentioned with hushed reverence among Christian metalheads as one of the elite speed metal albums of all time. Weapons of Our Warfare (Gold Disc) takes all the magic from the original release and magnifies it with 8 bonus tracks! Featuring a complete 2021 Digital Remastering, Rob Colwell of Bombworks Sound worked hard to make it sound substantially better than the original, while still keeping the character of it. The original artwork is expanded to a 12 panel booklet (many Weapons era photos and lyrics!) and packaged in a jewel case to make sure this reissue delights all Mighty D fans, as well as fans of Believer, Slayer, Exodus, Metallica, Tourniquet, and Anthrax.