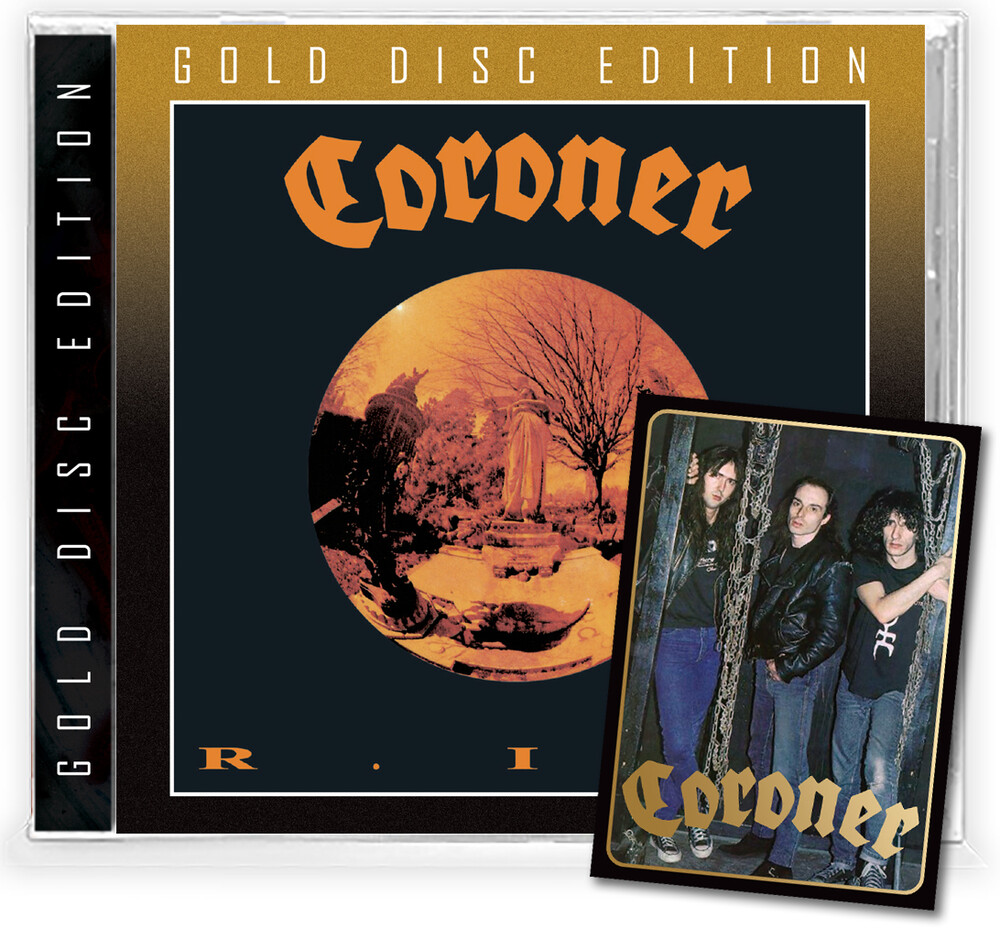 R.I.P. is the debut album released by the Swiss thrash metal band Coroner (1987). This album marks the first chapter of the band's progression and is characterized by raw speed and power (save for the instrumentals), very typical of thrash metal at this time. Formed in 1983, Coroner's music combines elements of thrash, classical music, avant-garde music, progressive rock, and jazz with suitably gruff vocals. With their increasingly complex style of progressive rock-infused thrash, they have been called "the Rush of thrash metal." Coroner's sound then progressed and the production became more refined, resulting in more progressive albums. R.I.P remains a revered thrash classic for fans of classic Metallica, Megadeth, Slayer, and Anthrax! The 2022 Brutal Planet Records remaster comes on a Gold Disc for the first time ever, is packaged in a jewel case, and each CD includes a free Gold-Foil stamped collector card (first pressing only)!