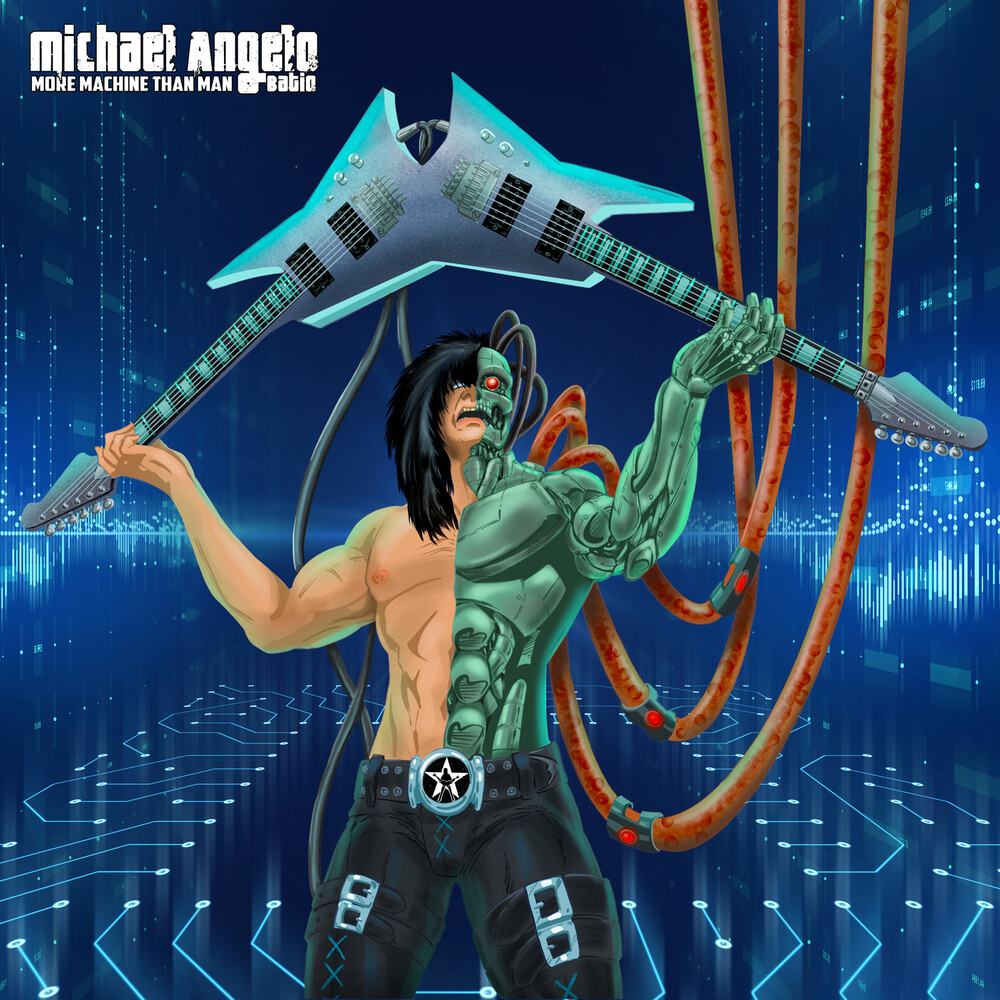 Shred guitar pioneer Michael Angelo Batio will release "More Machine Than Man" on June 12th, 2020 via Rat Pak Records. The album features 13 new studio tracks and is the highly anticipated follow up to 2013's "Intermezzo". "More Machine Than Man" is an all instrumental shred guitar album that's sure to resonate with Michael's past fans, as well as garner new fans along the way. From the infectious guitar riffs from album openers "Laser Guided" and "The Badlands", to the crushing bonus-track finale of "No Backup Plan" Michael has created something truly special.

Mixed and Mastered by longtime Batio engineer Chris Wisco, the album also features guest performances by Chris Adler (Lamb of God), lending his drum skills on the tracks "More Machine Than Man" and "The Two Sirens". Also appearing on the album is renowned bassist Victor Wooten who performs on "AVTD", and guitar virtuoso Andrea Martongelli who guest solos on "The Countdown Is On". Regarding the release, Michael comments, "This is the most "in your face" album I have ever recorded. I limited the use of keyboards so you can hear the detail and precision of the rhythm guitars. My goals were to write the best songs I could, keep the tracks as raw and natural as possible and make the grooves relentless! I'm borrowing a quote by former NITRO singer Jim Gillette that I think describes "More Machine Than Man" perfectly - "If this album doesn't rock your socks off, call the coroner 'cause you must be dead!" With heavy rhythm riffs, blazing guitar solos and rock-solid grooves "More Machine Than Man" delivers all the power and punch that one would expect from this high-level player and is sure to be a favorite of shred lovers around the globe!