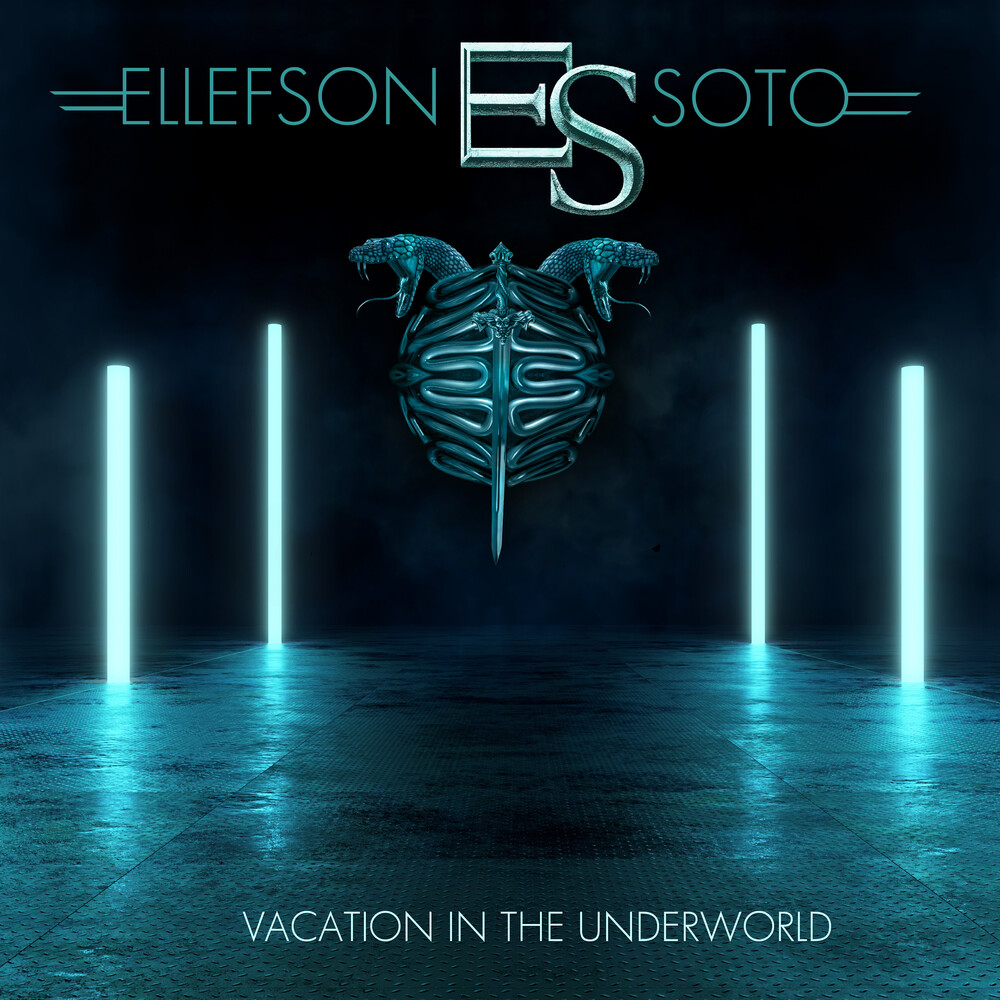 In a partnership that has been years in the making, GRAMMYr Award winning bassist David Ellefson and acclaimed metal vocalist Jeff Scott Soto have joined forces for an all-new collaboration, Ellefson-Soto. The band follows the tradition of successful individuals that joined forces to create memorable music: David Coverdale & Jimmy Page, Tony Iommi & Glenn Hughes, Tommy Shaw & Jack Blades, Michael Sweet & George Lynch to name a few examples. The metal duo is joined by Andy Martongelli on guitar and keys and Paulo Caridi on drums to unleash their debut album Vacation In The Underworld. The album features eleven tracks and three bonus recordings that demonstrates why Ellefson-Soto are considered legends by many in the metal world. From the fiery guitar lead of the album opener "Vacation In The Underworld" to the prog-metal fury of closer "Rise To Win," Ellefson-Soto have created a debut that is sure to capture metal fans from all over the globe. Combining different styles of metal, songs like "Sharpen The Sword," "The Revolution" and "Live To Die Another Day" showcase the various influences Ellefson-Soto have picked up over their four decades in music. Jade Etro from the Italian power metal band Frozen Crown makes a guest appearance on "The Day Before Tomorrow." Steve Conley and Ken Mary from Flotsam and Jetsam perform on the title track "Vacation In The Underworld." Vacation In The Underworld ignites an inimitable hybrid of thrash firepower, rock swagger, and anthemic arena-ready thunder.