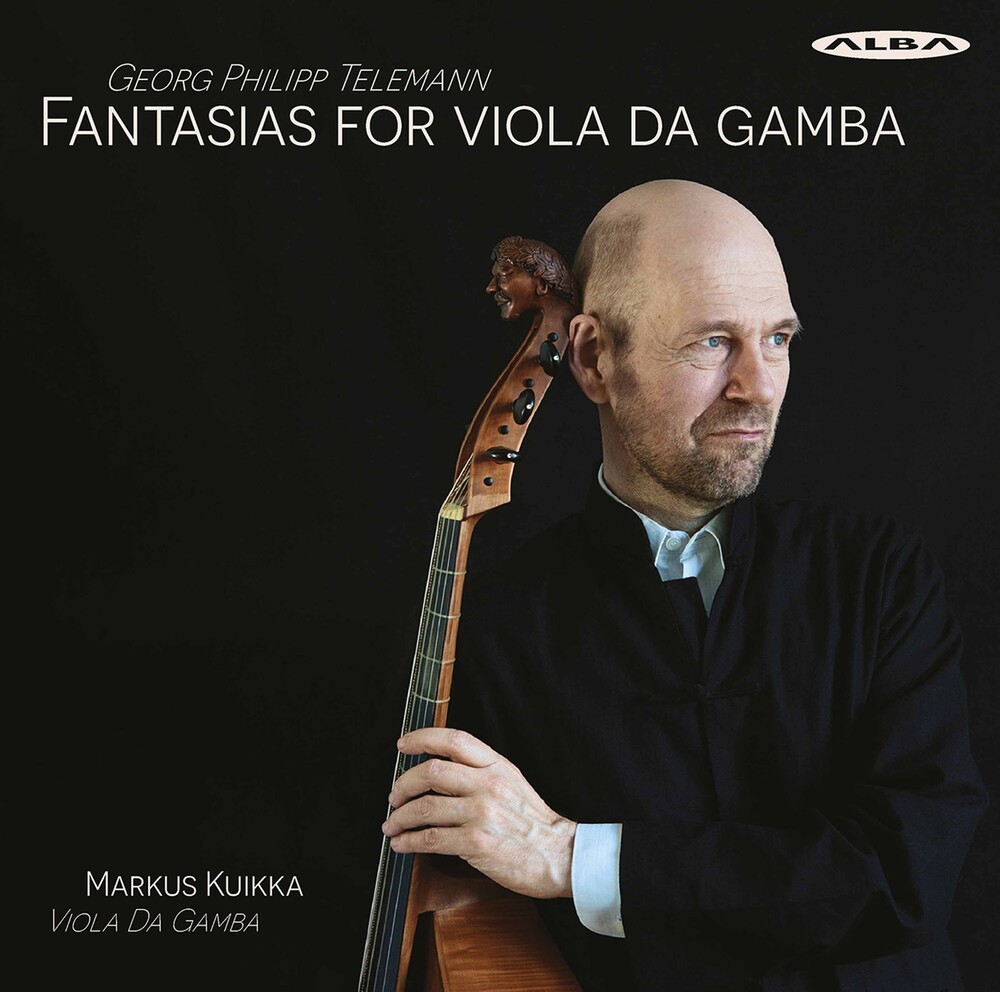 Markus Kuikka writes: "Part of the good fortune that I have had in performing premieres of freshly composed works is in it's inherent unpredictability. Such is the case with the present recorded works, which were published almost three hundred years ago. I performed the fantasies for the first time in 2017, incidentally the 250th anniversary of Telemann's death. Telemann wrote for gamba with a steady hand, displaying intimate knowledge of the instrument. When playing these works, it seemed to me that the composer was at times telling jokes or dramatic stories via the viola da gamba. He also cultivated an endlessly wide variety of composition types and characters. However, although each of the twelve fantasies in the collection of which this recording includes nine are original and unique, all of Telemann's fantasies for viola da gamba consists of three or four 'sonata- style' movements. As a result, they appear to resemble Italian sonata in their movements, although due to it's improvisational character, the collection is difficult to place in any specific type of composition: fantasy after all also involves a touch of fantasy."