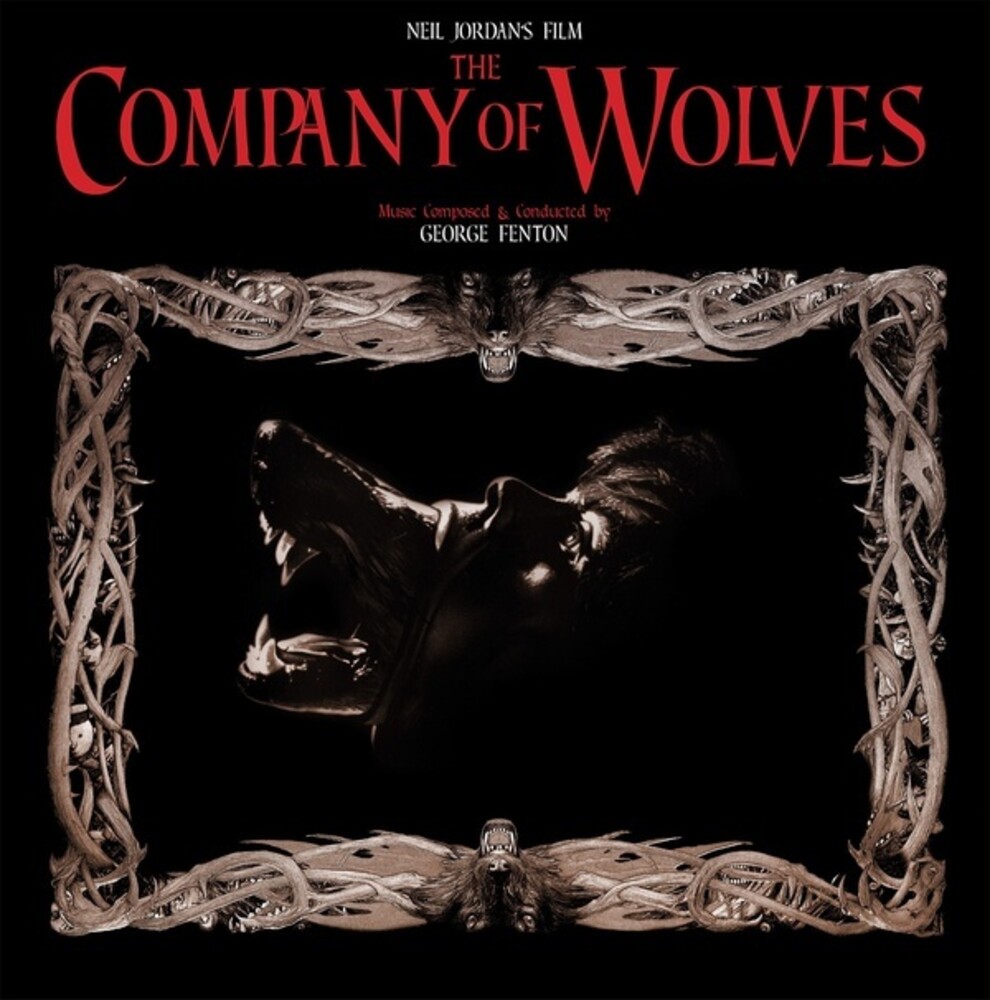 DISC: 1
1. The Message And Main Theme
2. Rosaleen's First Dream
3. The Village Wedding
4. The Return Of The Groom
5. The Forest And The Huntsman's Theme
6. The Wedding Party
7. The Boy And The Devil
8. One Sunday Afternoon...
9. The Promise And Transformation
10. Arriving At Granny's Cottage
11. The Wolfgirl
12. Liberation

Out of print for over 35 years, the official soundtrack to the cult 1984 film by Neil Jordan is finally available once again on vinyl format. The surreal and effective film - a true gem of British Gothic fantasy horror - has an equally atmospheric, breathtakingly beautiful, surreal and unsettling soundtrack, scored by George Fenton.

The film itself, directed by Neil Jordan (The Crying Game, Breakfast On Pluto), and based on the screenplay by Angela Carter and Neil Jordan, is a modern allegorical adaptation of the classic Grimm fairy tale Little Red Riding Hood, symbolising sexual awakening, duality and liberation. The stellar cast features Sarah Patterson, Angela Lansbury, Stephen Rea, David Warner, and Danielle Dax.

There is a sense of awe and enchanted wonder encaptured in its fairy tale sound, swooping with cascading violins and dark mysterious undercurrents that bubble below the surface... The score flows effortlessly between its light and dark moments. Most importantly, moments of beauty are not lost to the sense of suspense and drama. Indeed, light always needs its companion of shadow, as the film suggests in the sexual awakening of the pure untainted innocence that is Rosaleen. This score perfectly demonstrates the beauty of the juxtaposition between the sounds of youth and the temptation of desire (L. Hammond)

The film largely takes place in the dream world so I made this thehome base for the orchestra. To a large extent the scoring in this areais conventional, perhaps a little impressionistic and hopefully reflectsa curious but endearing world. This left me free to invent soundsfor the stories within the dream world. I wanted to use a mixtureof electronics and 'live' instruments, and after some experimenting,arrived at a line-up of three bass flutes, Pan Pipes, violins, one, twoor three solo double basses, percussion and Synclavier II synthesizer (George Fenton, 1984)

Oscar-nominated / Emmy & BAFTA-winning composer George Fenton has created stunning scores for major films and television such as: Gandhi, Dangerous Liaisons, The Wind That Shakes The Barley, Frozen Planet and countless others over the last 40 years.