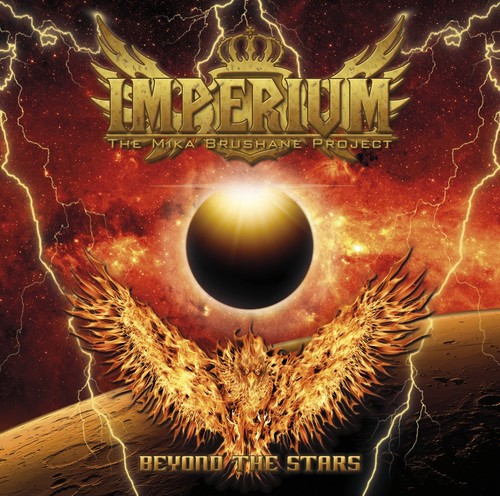 2018 release. Imperium is the solo project of drummer Mika Brushane. Mika has been playing drums and percussion in various bands since 1981 in all genres from jazz to metal and composed songs for different genres - and this legacy of mixed genres can be heard in the Imperium sound! The music is melodic rock which has a big dose of '80s feel and sounds in it. The project started in 2012 when Mika composed a new track for the new Strike record We're Back and realized that there was more songs in him that needed to be released. In 2016, the debut album by Imperium, Dreamhunter, saw the light of day on AOR Heaven. In Imperium, Mika is in charge of the songwriting and playing all drums, bass, keyboards and the backing vocals. All lead vocals and guitars are performed by various very talented musicians from the rock/metal scene. Also, the album's post production was handled by top professionals - i.e. it was mixed by Erkka Korhonen (Dark Sarah, Urban Tale, Northern Kings, Ari Koivunen, Raskasta Joulua) and mastered by the legendary Mika Jussila (Nightwish, Children of Bodom, Stratovarius, HIM, etc.). Beyond The Stars was produced and mostly recorded during 2017-2018 by Mika himself at his Groovehouse studio in Vantaa, Finland.