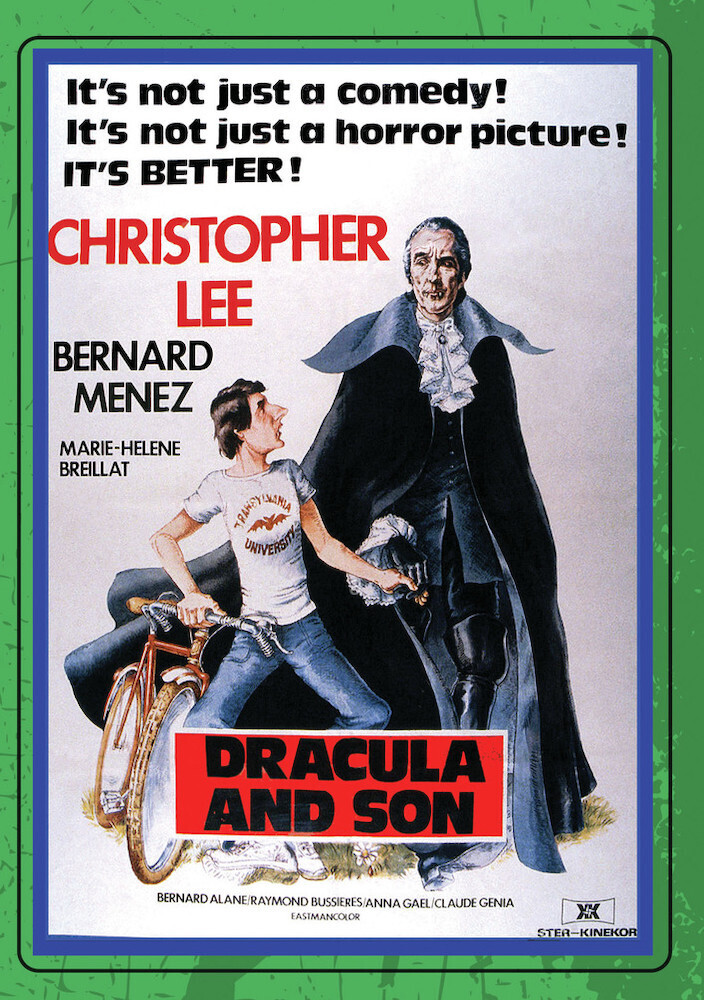 Lee, in his last screen performance as Dracula, is fantastic as he swings between serious moments of horror and outright comedy. Dracula takes a mortal woman to bear his son. After he's born, the Count turns mom into a vampire. However, when she can't make it back to her coffin before sunrise, the Count finds himself stuck with raising the young tyke, which isn't easy since the young vampire balks at putting the bite on people. Eventually the son decides he wants to make it on his own in the real world. Meanwhile dad takes the role of a vampire in a big movie production the producers not knowing he's the real Dracula. There are many moments that will make you laugh. Watch for a scene involving rigor mortis and another involving an inflatable doll. Lee is superb, and the film has the same kind of brilliant comedy found in Fearless Vampire Killers. A portion of the film is in English, the rest is in French with English subtitles.