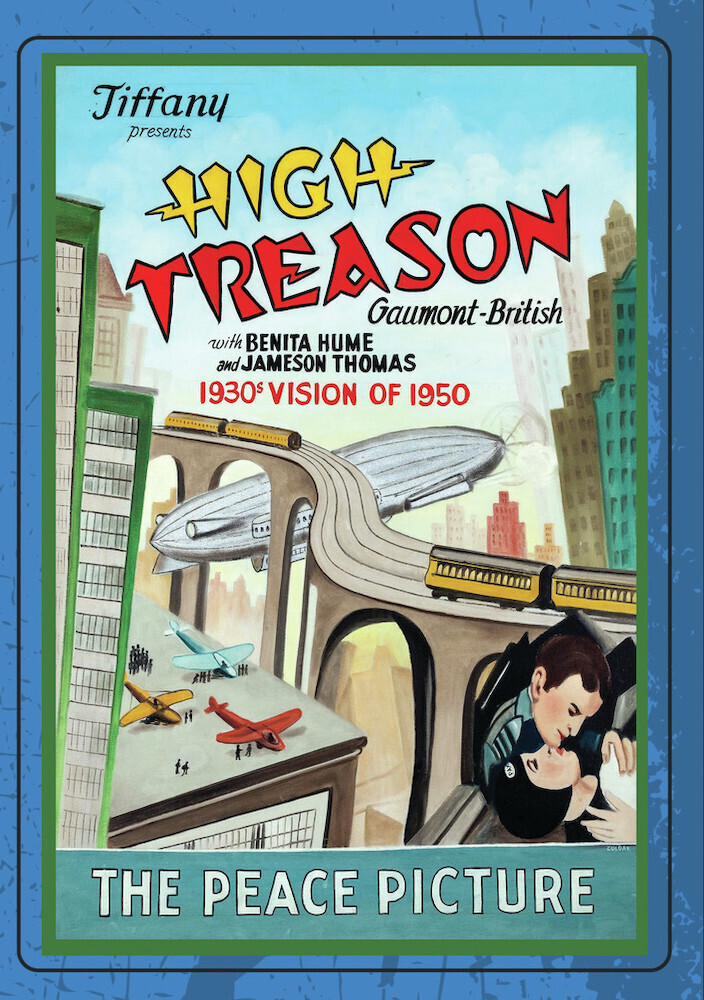 This two-disc edition features 35mm transfers of both the sound edition and the silent edition (with music score) of this forgotten sci-fi classic. An incident at the border of two futuristic countries leads the world to the brink of World War. Will the Peace League be able to stop it from escalating into a full-scale conflict? There's lots of intrigue between pro-war interests and peace proponents, the latter of whom, interestingly, are willing to fight to the death for peace. This film is filled with many striking, visionary things: rocket-style cars, futuristic clothing (right out of a '50s sci-fi film), weird flying machines and autogyros, TV-phones, futuristic buildings, etc. The scene when New York City is gassed and bombed is pretty amazing for the time. The final trial scene is well-staged and quite gripping. Nice performances by all. A cool movie with a powerful message. Massey's first film.