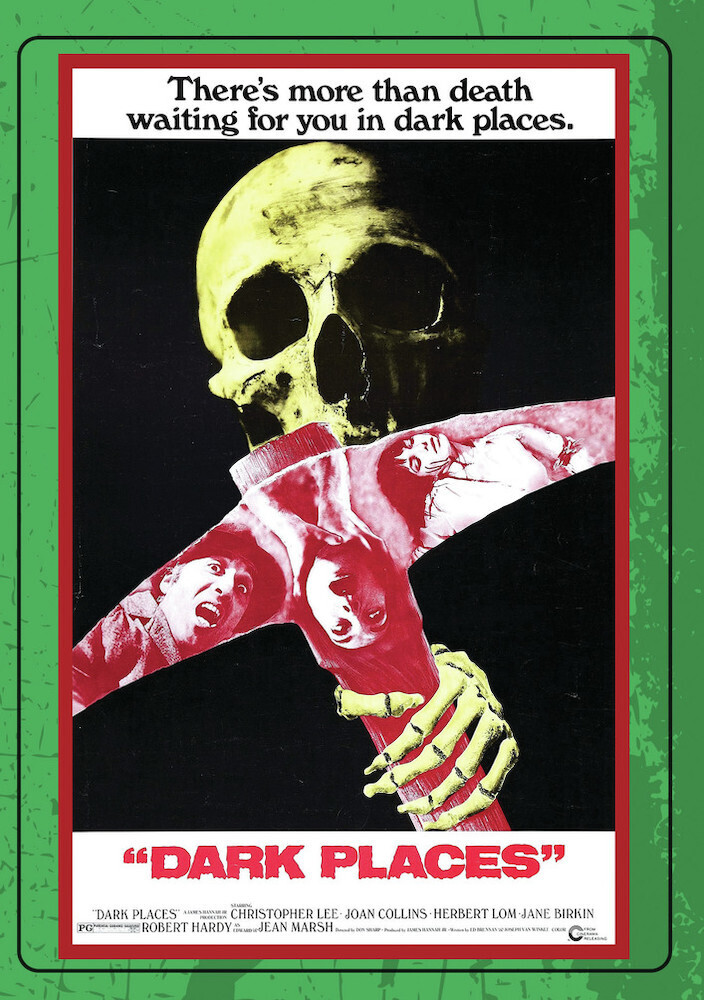 This is one of the most underrated British horror films of the 1970s, complete with a wonderful cast. Hardy plays the head of an asylum who has inherited an eerie old mansion from a deceased patient a patient who murdered his wife and kids on the premises! Legend has it that there is a hidden fortune somewhere in the walls of the house. Also searching for the loot, though, is Lee the mysterious local doctor along with his beautiful sister, played to the hilt by Collins. Both are wonderful in their performances. Unfortunately for all, the house appears to be haunted. This film, although low budget, is very similar to a Hammer film. It's wonderfully atmospherice and features a terrific, seat-clutching climax. A minor gem.