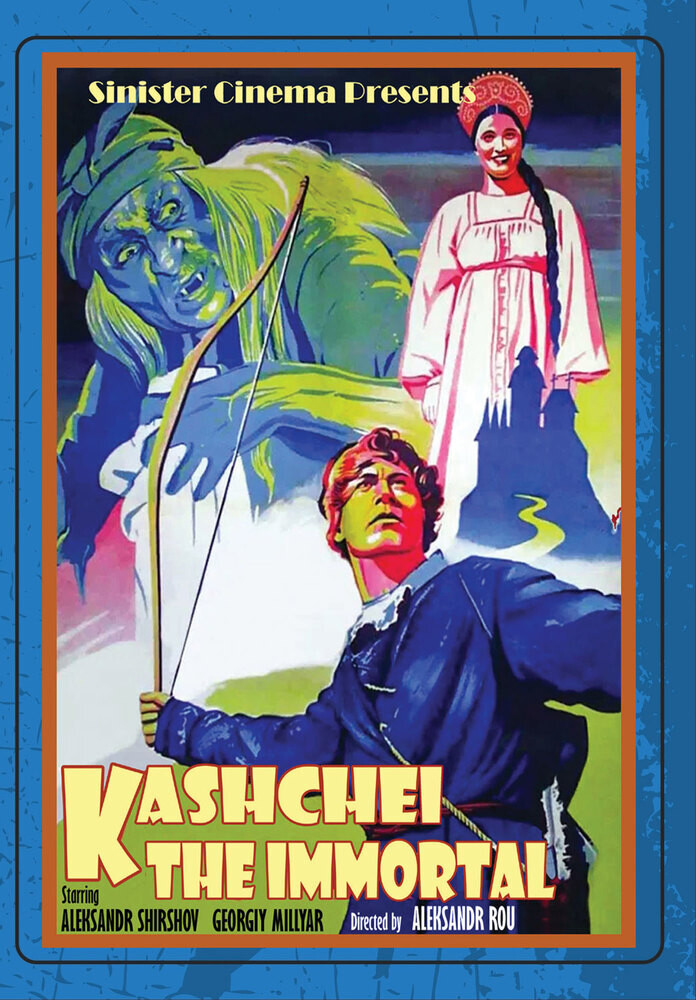 An epic Russian fantasy with stunning B&W cinematography, full of adventure and derring do. The sets and special effects are beyond spectacular truly one of the most visually impressive films you will ever see. A pretty lass and a mighty warrior plan to marry. Their plans go awry, though, when she's kidnapped by the merciless Kashchei the Immortal. Determined to rescue her, the warrior treks to Kashchei's kingdom, whose entry point is a set of massive stone jaws in the side of an incredibly deep chasm. Kashchei himself is a wizened old creature whose face is hideous. The climactic duel between the warrior and Kashchei is amazing as we find that no amount of head-lopping can slay him. There are long stretches of grand special effects. Watch, in particular, for the flying carpet scene. The score is classical in style and reminiscent of Rimsky-Korsakov, who wrote the opera. Wow! 35mm.