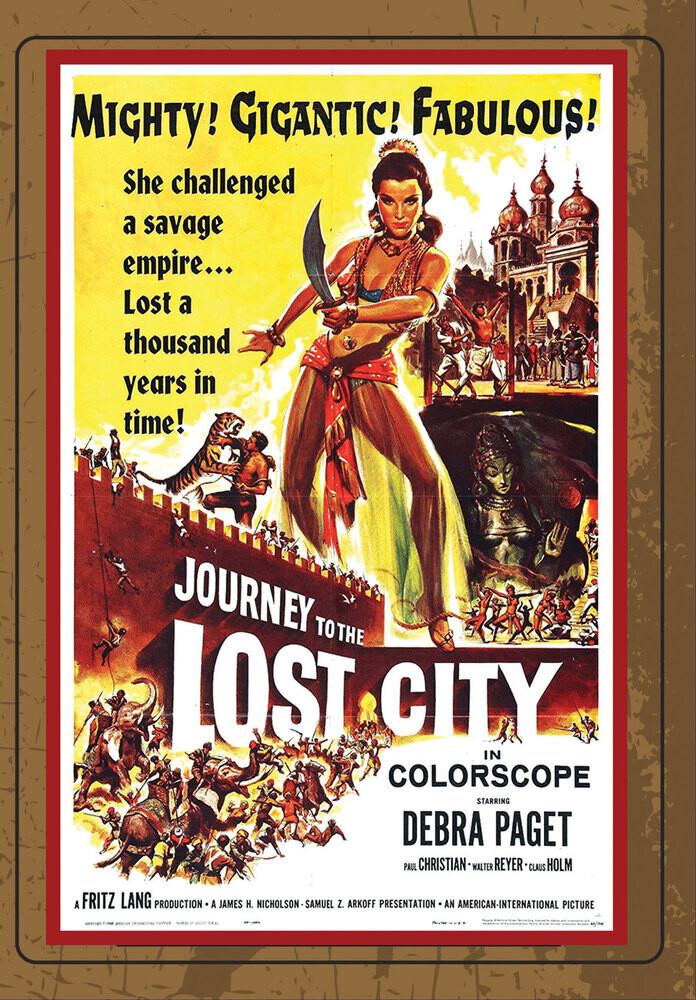 As far as we know, Fritz Lang's Journey to the Lost City has not been seen in an anamorphic format since it's Colorscope release by AIP in 1960. The film was originally culled from two separate movies, The Tiger of Eschnapur (1959) and it's sequel, The Indian Tomb. In this great 2-disc edition, you get both films in their anamorphic widescreen format. Most of us know the story: Hubschmid is an architect who has come to the far-off city of Eschnapur to do work for a Maharajah (Walter Reyer). He meets and falls in love (to the Maharajah's chagrin) with Debra Paget, a dazzling temple-dancer. What follows is a series of terrific, action-and-intrigue-filled adventures, including everything from snarling tigers to armed revolts, etc. And for Debra Paget fans, you get both of Debra's erotic dance scenes completely uncut. Wow! Great color, 35mm.