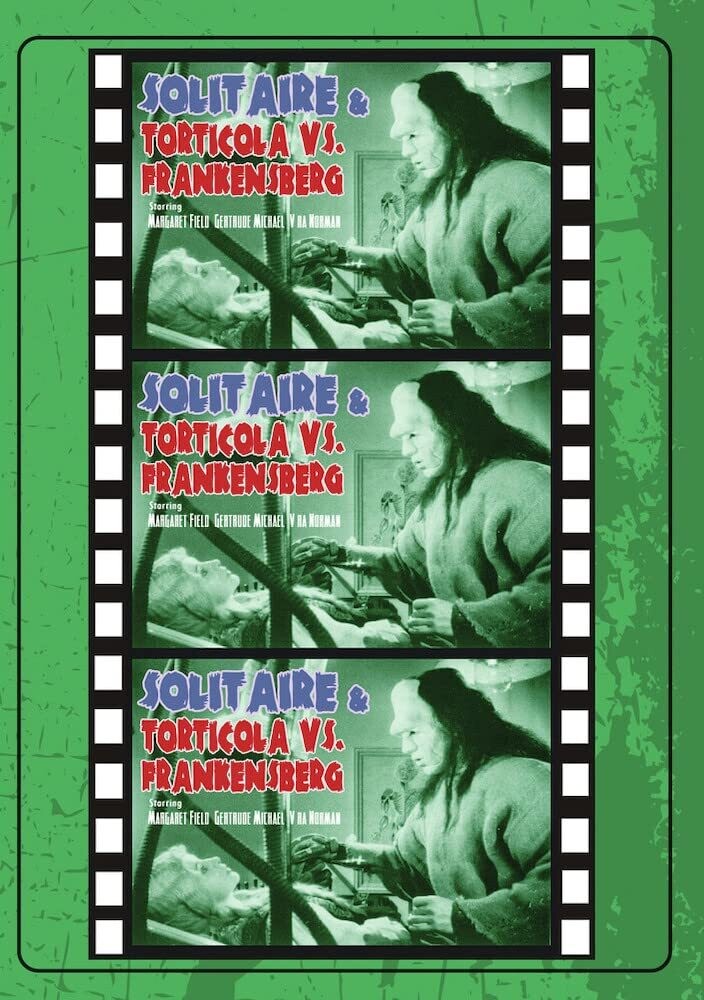 A young actress finds a strange woman playing solitaire in her apartment. What are the sinister, supernatural implications of this? At first she is angry, then a feeling of unexplainable fear begins to set in. Wisbar directs with flare as Field and Michael go toe to toe with some extremely poignant yet chilling dialogue as Field slowly begins to realize the horrible fate that is now hers. Wow! Brilliant performances highlight this chilling episode from the largely forgotten Royal Playhouse program of the early '50s. Field made The Man from Planet X the same year. First time on video. From 16mm. Plus: TORTICOLA VS. FRANKENSBERG (1952) Vera Norman, Francois Patrice, Roger Blin, Pierre Brasseur, Patricia Roc. This is perhaps the weirdest, most bizarre film we have ever released a true oddball piece of French filmmaking. The evil Dr. Frankensberg lives in a sinister oceanside castle, surrounded by a throng of singing monks. Inside his castle a horrible Frankensteinish monster (complete with exaggerated Karloffian makeup), a possessed cat, and a strange catman roam freely about the stone-walled hallways (the monster even joins them for tea). Frankensberg's pretty niece, Lorelei, joins him at the castle. He proceeds to slap her on a lab table and engage in a blood transfusion with his misshapen monster (named Torticola). His sinister female assistant sharpens his labs tools on a whetstone! In the end Lorelei escapes with the catman who is miraculously cured. The fact that this film is in French with no subtitles doesn't really matter, because whoever wrote the screenplay for this oddball horror featurette must have been on heavy drugs the story makes very little sense. Just sit back and enjoy the insanity of it all. You might even be amused. Hmmm