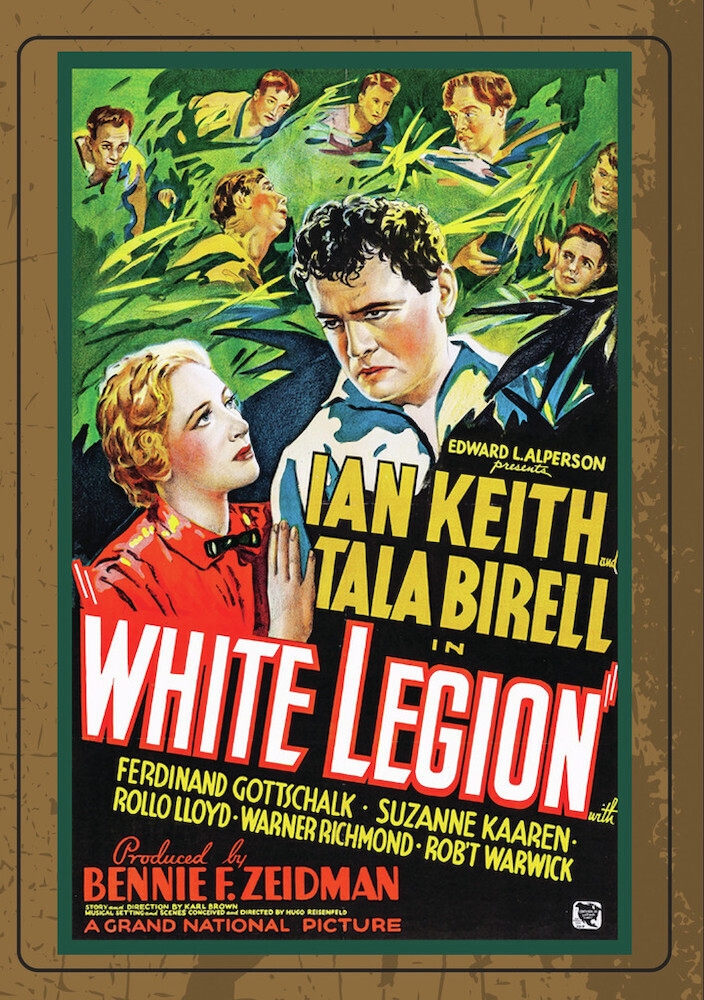 What a treat this film turned out to be! In 1905, as the Panama Canal is being built, a group of doctors try to discover a cure for yellow fever (Yellow Jack), which is ravaging the canal workers. You're shot dead if you try and escape quarantine! The plot here is similar to the entire Covid situation of today as workers are locked down, unable to leave. There's even a U.S. Senator on hand to protest being forced to undergo treatment! The film later takes a hard turn into the horror genre (and even a touch of medical sci-fi) when Ian Keith and his Japanese assistant drag a struggling, screaming Suzanne Kaaren into their lab and lock the door. They experiment on her as guards pound relentlessly to break in. Keith's makeup, the horrific lighting on his contorted face, the use of shadowed silhouettes, the swirling mist camera effect, and the scary music is all worthy of a Universal horror classic of the same period. It's a terrific scene. White Legion is no classic, but a solid B-movie nevertheless and certainly one of Grand National's better efforts. Years later Shimada, who has a couple of wonderfully poignant scenes (especially one with Ian Keith), went on to play the bad guy, Mr. Osato, in the 1967 James Bond classic, You Only Live Twice (he sees Karin Dor get devoured by piranhas!). Keith, of course, was considered for the role of Dracula by Universal. Look for Ralph (Dick Tracy) Byrd in a small role. Very cool! From 16mm.